Robert (Bob, Boz) Heimer, 57, a lifelong resident of Adams, Minnesota, died on the morning of Wednesday, Feb. 5, 2020. Bob lived quietly and courageously with amyloidosis for the last three years. 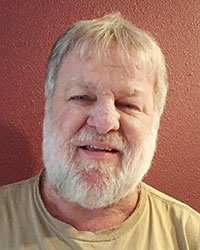 Bob was born on April 14, 1962, the youngest child of Gene and Joann Heimer of Adams. Bob attended Sacred Heart School and Southland High School, graduating in 1980. He then went on to Austin Vo-tech, completing the carpentry program. From there he went to work for his brother at Lone Star Plumbing and Heating. For over 35 years, he completed any plumbing, heating, and air conditioning project placed before him. His health issues forced an early retirement, but he always hoped to regain his health to be able to work on his own.

Family and friends could always rely on Bob to help out with projects. His carpentry, plumbing, heating, and automotive skills made him the ultimate “jack of all trades.” All knew him as the guy to call when something needed to be fixed or another hand was needed. Nieces and nephews benefited from these skills as he quietly taught them how to fix a car, install a toilet or thread a bow.

Bob was an avid sportsman who started out trapping gophers and then turtles, muskrat and beaver. Every fall, Bob spent his free time hunting deer with both firearm and bow. Each spring, it was waiting for turkey season. Some of his favorite times were trips with good friends to northern Minnesota in search of bears and trips to Colorado hunting elk.

Bob was very active in the sportsman community. He maintained a firearms dealer license and attended numerous sportsman banquets, club events and gun shows. He was very active in the Southland Sportsman club. Bob helped with fundraising events, planting trees, mowing grasses, and whatever was asked of him to provide habitats for the future. Bob encouraged young hunters through teaching firearm safety.

He was preceded in death by his father, Gene; and his nephew, Curt.