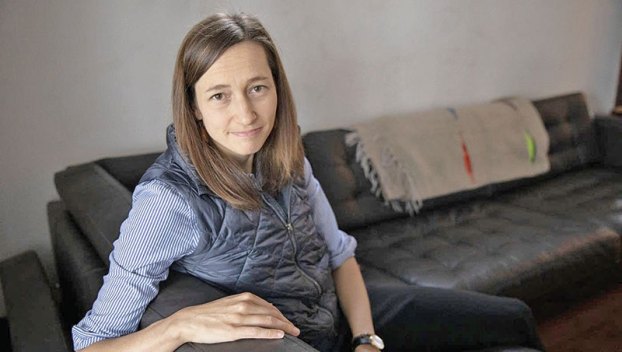 Some contend the contracts harm patients and worsen the provider shortage, but hospitals say they keep the costs of health care down

When scouting for her first full-time job as a psychiatrist, Erica Burger set her sights on Duluth. She and her husband, lured by the region’s outdoors scene and quality of life, even started looking for houses to buy.

Burger interviewed for openings at both of the two main health care systems there. The jobs came with good salaries and benefits. But they also came with what ultimately became deal-breakers: noncompete agreements. That meant if Burger left her employer, she wouldn’t be allowed to work as a psychiatrist in the Duluth area for two years.

Burger, who will finish her psychiatry residency in the Twin Cities in July, said that would have left her patients in limbo. She declined both jobs, is considering openings in other cities and is working with lawmakers to end the practice of noncompete contracts for doctors in Minnesota.

“My primary responsibility is to my patient,” she said. “It just seems like the business interests are getting in the way of that very essential physician-patient relationship.”

Noncompete agreements are allowed in just about every industry in Minnesota — the only exception is for lawyers. Now some state lawmakers want to change that. State Rep. Alice Mann, DFL-Lakevile, a physician herself, is reintroducing a bill that would ban noncompete agreements for doctors. During the last session, legislation advanced through committees but never made it to a final vote.

Experts say the use of noncompete clauses across the country is growing. But a number of states, including California, Massachusetts and North Dakota, restrict them either completely or under certain circumstances. Critics say contracts harm patients and worsen the provider shortage.

But health care companies say they need noncompete agreements to protect their investments in staff and equipment, ultimately saving everybody money on health care costs.

Jon Pryor, a physician who oversees Essentia’s operations in parts of Minnesota and Wisconsin, said there are all kinds of expenses that can be lost when an employee leaves.

“Recruitment fees to bring somebody here, the salary, you hire support staff, you hire equipment for somebody,” he said. “That’s a large investment that ultimately one way or another, directly or indirectly, ends up in a patient’s bill.”

It’s a position shared by the Minnesota Hospital Association and others in the field.

“With a physician shortage, hospitals and communities could experience constant bidding wars to attract and retain physicians,” a statement from the hospital association said. “Eliminating noncompete agreements could lead to even greater challenges for rural communities already struggling with physician recruitment.”

Officials with St. Luke’s, the other large health system in Duluth, which also uses noncompetes, declined to comment for this story.

If Burger, the psychiatrist, took one of the jobs in Duluth and ever left it, she would have to give up her patients because she’d have to leave the city — or not work as a psychiatrist there for two years.

The noncompete language even applied to places she was working remotely. If she were offering telepsychiatry in International Falls, Minn., for example, Burger said she wouldn’t be allowed to work around International Falls for two years either.

Other mental health workers can also be restricted by noncompete agreements.

Coral Popowitz, a therapist who runs a small clinic in Willow River, a remote town in northern Minnesota, said the relationship between mental health care providers and their patients is more personal than for a lot of other specialties — because patients are opening up to their psychiatrist or therapist in different ways than they would to, say, an orthopedist or dentist.

“They share their deepest hurts and fears,” she said, “things that they may not be able to speak to anyone else in their life.”

Last year, Popowitz hired three therapists who had been working for a bigger mental health care provider in the area.

All three were under noncompete agreements.

When they joined the new practice, Popowitz started getting cease-and-desist letters from their former employer.Worried about what might happen, the three stopped working for several months.

Their former clients, meanwhile, weren’t getting treatment. Popowitz said everybody in her office was on pins and needles, worried that something might happen to those clients.

To her, it’s hard to understand the noncompetes because there is such demand for people who work in mental health care, especially in rural areas like where she works.

“I get a ton of like recruiter emails,” she said. “I get phone calls, I get texts, I get letters in the mail for job positions. There’s such a shortage of psychiatrists.”

Mann, the state lawmaker, may also introduce a bill this session that would ban noncompetes not just for doctors but in other industries, which would cover therapists and other mental health care workers.

Essentia requires noncompete agreements for most specialties. It’s currently reconsidering its policies, particularly when it comes to telepsychiatry.

The therapists at the clinic in Willow River are working again, despite those cease-and-desist notices. There’s enough demand in the area that their calendars are full, and they’re looking to hire another colleague.

After New Hampshire surge, Klobuchar turns to Nevada, beyond