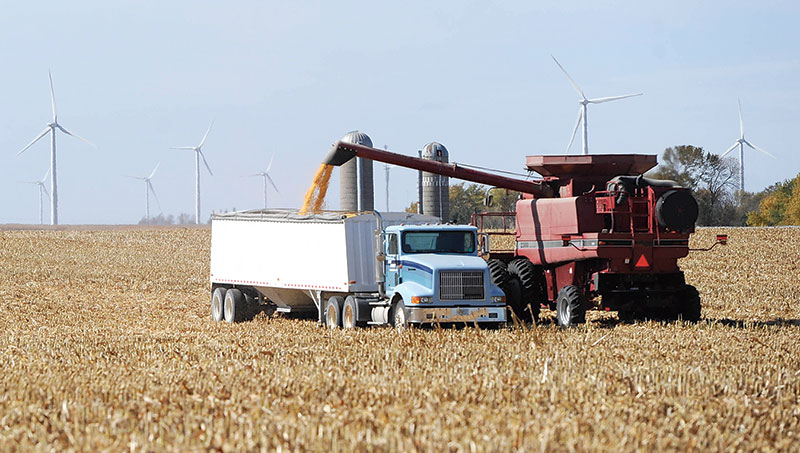 State legislators have introduced a bill that would provide grants for farmers and schools to upgrade equipment for safety. Herald file photo

State legislators, including Sen. Dan Sparks and Rep. Jeanne Poppe of Austin, have introduced a bill in the Legislature to provide grants for farmers and schools to upgrade equipment for safety.

The bills, HF 3224 in the House and SF 3007 in the Senate, would allocate money to the program in fiscal year 2021, set to begin in July of this calendar year. No specific amount has been included in the bill as of publication.

The funds would be used to pay grants for farmers and schools to upgrade tractors and grain bins.

Under the bill, the state could provide grants for schools and farmers to upgrade their tractors built before 1987 to cover the cost of purchasing, shipping and installing a roll-over protective structure. According to the Centers for Disease Control, situations like rollovers are the leading cause of fatalities on farms.

Farmers could apply for funds to pay for 70 percent of the cost, or to get their out-of-pocket cost down to $500, whichever is greater. Schools could apply for the state to cover all costs of retrofitting their tractors.

The structure would need to meet certified standards and have a seat belt.

As for grain bins, farmers could apply for grants covering up to 75 percent or $500,000 of documented costs spent on grain bin safety equipment, whichever amount is less.

Eligible safety features would include equipment to prevent falls, controls that mean the operator would not have to come into contact with the bin’s augers or other moving parts, and dust collection devices to help prevent explosions caused by highly flammable grain dust. The Department of Agriculture’s commissioner would have the authority to add additional eligible equipment under the bill.

From 1984 to the present, the Occupational Safety and Health Administration (OSHA) has recorded 220 grain bin related accidents, with six incidents listed as happening in Minnesota. Of those, 188 were fatal, with causes of death including falling from the bin and becoming trapped in the grain or machinery and suffocating.

As a banker and resident in the area, Mower County Commissioner Polly Glynn has seen a number of accidents over the years related to farm equipment. She is happy to see an effort at the state level to address these issues.

“That’s a good cause and a good place for our money to go,” she said.

With how finances have been in the farming industry, especially in the last few years, Glynn has seen people struggle with the issue of safety upgrades.

“They so want to keep things safe, but it isn’t always possible with the cost of upgrading equipment,” she said.

The final sections of the bill would allow up to 6 percent of the program’s funding to be used for administration and promotion and the Department of Agriculture would be required to accept non-state contributions to the program’s funds.

Best Bets: Music with meaning; Songwriters Showcase to be…