An Austin man who allegedly sexually assaulted a four-year-old girl made his first appearance in Mower County District Court on Thursday.

Dustan Kenneth Branson, 43, has been charged with two counts of felony first-degree criminal sexual conduct – penetration of child under 13 years. 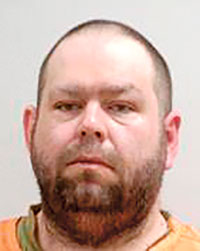 Court documents state that an Austin police officer responded to the emergency department at Mayo Clinic Health System-Austin on Feb. 14 regarding a sexual assault.

The victim’s mother said she brought her in after she heard her screaming in pain while in the bathroom. When she asked how long she had the pain, she indicated it started after Branson, who was known to the girl, had inappropriately touched her.

Detective interviewed the victim on Feb. 18. She indicated that the assault was “bad touch” and it made her sad and angry. When asked how often it happened, the victim said it happened twice. She also said it hurt when she urinated.

Branson will appear in court again on March 5.