Kevin Lamont Johnson Jr., 24, of Bayport was charged with felony escape from custody on Thursday in Mower County District Court. He has pleaded not guilty.

Court documents state that a DOC agent reported to police that she observed Johnson, a felony parolee, walking south on 20th Street Northeast from Fifth Avenue Northeast in Austin at about 8:02 p.m. on Aug. 18, 2019, even though Johnson was supposed to be on house arrest. She also indicated Johnson’s GPS monitor indicated he was at his residence in the 700 block of Eighth Street Northeast. 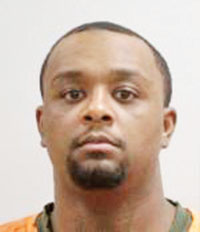 An officer met with the agent, who said she was in the area for probation checks and that Johnson was supposed to be at work or at his residence. She indicated she spoke with Johnson, who then entered a white Pontiac and left the area. She said she entered Johnson’s residence and located the GPS monitor on the kitchen floor.

A review of Johnson’s criminal record shows prior convictions for aggravated robbery, witness tampering and assault.

A pre-trial has been scheduled for April 3.

The Austin Positive Action Coalition (APAC) is asking residents to “answer the call” during its community phone survey from Feb.... read more