BLOOMINGTON — The Minnesota Association of County Officers (MACO) named Mower County Recorder Jill Cordes to its Honor Roll at the Annual MACO Conference held Feb. 11-14, 2020, at the Doubletree Hotel in Bloomington. The Honor Roll is the highest honor awarded each year by the MACO organization. 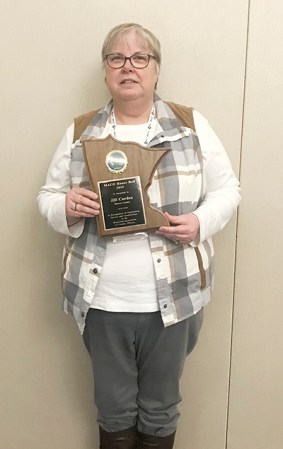 The president of MACO presented the Honor Roll award to Cordes in recognition of her outstanding service and contributions to the Minnesota Association of County Officers.

The Honor Roll has been given annually since 1996.

In addition to the Honor Roll, MACO presented awards to two outstanding members for their service in 2019, one to a MACATFO member and one to a member from MCRA. Individuals receiving awards are voted on by their peers.

MCRA presented its member of the year to David Harvey, Hennepin County Recorder/Registrar of Titles Office.

Other newly elected members to the MACO Board of Directors representing regions of the state were Linda Karst, Waseca County Recorder, and Janel Timm, Yellow Medicine County Property and Public Services Director.

By Jon Collins A group that advocates for two-year college students in Minnesota is encouraging them to fill out Census... read more