Austin Police Chief David McKichan has confirmed that a level 3 predatory offender, David Charles Workman, 57, has been released into Austin as of Wednesday. 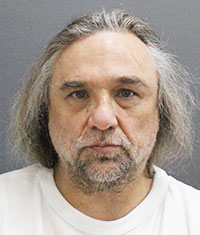 Workman has a history of possessing child pornography and has engaged in sexual contact with known and unknown female children. His conduct has included exposure, sexual touching and penetration. Workman has used his position of authority and manipulation to gain compliance.

Workman will be residing in the 1000 block of Fourth Avenue Northeast in Austin.

The Austin Police Department has released the information pursuant to Minnesota Statutes 244.052 and 253D, which allow law enforcement to inform the community of a public registrant’s release from prison or a treatment facility if it is believed the release of information will enhance public safety.

Workman has served his sentence and is not wanted by law enforcement.

Any attempts to harass, threaten or intimidate public registrants could result in criminal charges against the responsible party.

Suspect vehicle identified by surveillance footage A suspect was taken into custody after allegedly breaking into a northeast residence and... read more