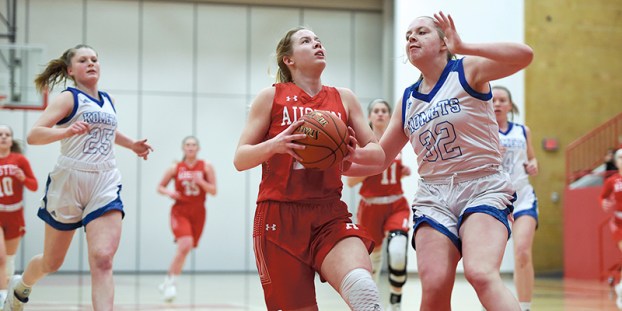 Austin’s Erica Lundberg pulls up for a lay-up against Kasson-Mantorville during the first half of their Section 1AAA semifinal matchup Saturday night in Ove Berven Gym. Eric Johnson/photodesk@austindailyherald.com

MINNEAPOLIS — The fourth time was a charm for Austin senior Riley Norton.

Norton came into the finals in ninth place, but moved up three spots with three solid dives — finishing with a score of 339.89.

“The three year curse is over,” Norton said. “I saw myself shoot up to sixth place and it was a rush of emotion. I wanted to cry and I wanted to jump and scream. Sixth place kind of concludes it for me.” 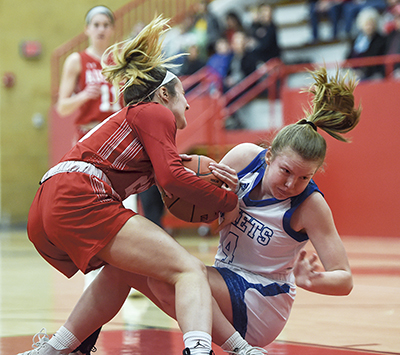 Austin’s Elyse Hebrink battles for control of the ball with Kasson-Mantorville’s Olivia Matuska during the first half of their Section 1AAA semifinal match-up Saturday night in Ove Berven Gym. Eric Johnson/photodesk@austindailyherald.com

Norton was scanning his phone to follow the scores in between his dives and he felt an immediate feeling of elation when he saw that he was going to make it to the podium.

When it was all said and done, Norton’s final dives for the Packers where his best.

“It’s perfectly OK with me,” Norton said. “I’m overjoyed, I kind of feel like I’m going to faint. I’m overwhelmed and  I like it.”

Norton said his biggest key to success was coming into the meet with a relaxed attitude.

“A lot of it was mental,” Norton said. “There was a big mental block. Everybody that came to watch and support me told me not to think about it too much.”

Storm Opdahl of Chisago Lakes took first in diving with a 470.15. 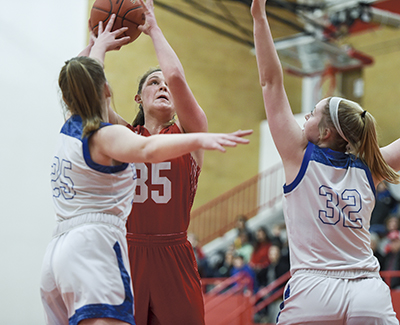 Austin’s Kyra Walters shoots under pressure against Kasson-Mantorville during the first half of their Section 1AAA semifinal matchup Saturday night in Ove Berven Gym. Eric Johnson/photodesk@austindailyherald.com 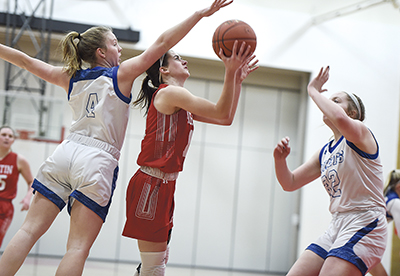 Austin’s Colie Justice pulls up in the paint against Kasson-Mantorville during the first half of their Section 1AAA semifinal matchup Saturday night in Ove Berven Gym. Eric Johnson/photodesk@austindailyherald.com