The show is part of a 12-city tour of Minnesota running from January to April 2020 and will feature works selected from over 100 ballets the company performed since it was founded in 1990. Sewell, along with co-founder Sally Rousse, focused on three unique characteristics: blurring the lines between classical ballet and contemporary innovation, a smaller company of six to eight dancers who could tour in one vehicle, and collaborative choreography. 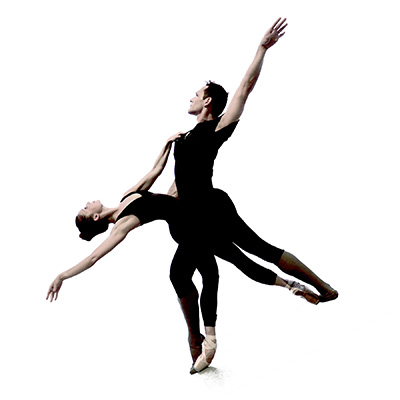 Innovation and collaboration paid off in attracting new audiences. “One of the greatest payoffs is when I see the dragged husband coming back and saying, ‘Oh, man, I didn’t think I would like ballet, but I did,’ “ Sewell recently told the Star Tribune. “That to me is worth more than a great review from a critic.”

A Minnesota native, Sewell grew up in Minneapolis and his interests were wide and varied: orchestra music, gymnastics, skateboarding and dramatic arts. He left the state to finish his high school education at the American Ballet Theatre in New York City. After 15 years in New York, Sewell brought his then 3-year-old ballet company back to Minnesota.

The company partners with the Cowles Center with an office and studio space there as well as frequent performances. In addition, the Warren Miller Performing Arts Center in Big Sky, Montana, is the venue where new works are debuted and the Reif Performing Arts Center in Grand Rapids, Minnesota, employs the dancers as teachers, helping source new dance talent from among its students.

Tickets are on sale now for the James Sewell Ballet 30th Anniversary Retrospective at the Historic Paramount Theater at 7:30 p.m. on Friday, March 20. Tickets are $12 advance and $15 day-of-show with a special student rate of $5 advance and $5 day-of-show. The show is coming to Austin through a Minnesota State Arts Board Touring grant with additional support from Austin Area Arts and Marlene R. Schlichter.

Coming soon to the ArtWorks Center

Coming soon to the Paramount Theatre

More information is available at austinareaarts.org

Our opinion: Another success

Letter to the Editor: Please pick up after yourselves, make Austin clean