I still believe in scouting, but the sexual abuse issue needs to be addressed

As an Eagle Scout and former member of the Boy Scouts of America organization, this past Tuesday was a sad day for me. The national organization has filed for Chapter 11 bankruptcy in an effort to keep providing services, handle its debts and pay settlements to my fellow scouts who were sexually abused while in the organization.

There are questions as to how this may impact local scouting operations, with the national organization considering them separate entities, while plaintiffs argue they are also liable for the suffering of former scouts. 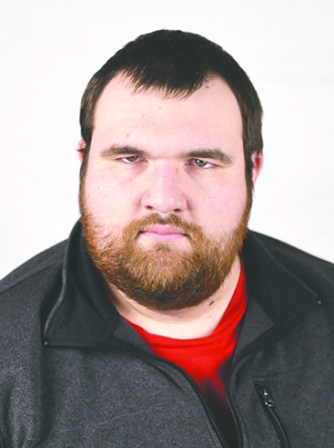 Attorneys for victims of sexual assault while in scouting contend the organization failed to protect thousands, potentially tens of thousands, of children from being sexually abused by adult leaders in scouting. Their argument is that despite knowing for decades that pedophiles were infiltrating scouting, policies were not adequately changed until the 1980s.

The argument paints a very ugly picture of an organization I have respected for most of my life.

One of the key pieces of the issue are what are known as the “perversion files,” one of the lists that make up the BSA’s confidential blacklist of ineligible volunteers. Due to previous court cases, the list from 1965-1991 has been made public and is available at www.boyscoutssexualabuse.com.

The results are sorted by state and when I learned of them, I immediately went to Minnesota’s section, anxious to see what I would find. Thankfully, no adults based out of Austin were listed.

However, I did find one from the town I had spent most of my teenage years in, though the incident occurred decades before I was a scout.

After the individual was convicted of molesting a child outside of scouting, the local organization passed along the court information and he was placed on the permanent ineligible list within three months. He was suspended as soon as charges were filed.

Sadly, the cases did not always go like this. In an Alabama case in the 1980s, an ex-police officer molested a child and, while he was removed as a leader, the national office was waiting on information from the local council for years as it worked to ensure the person would never be allowed back into scouting.

In Florida, a man was allowed back into scouting as an assistant scoutmaster after having been on the ineligible list because “several people have expressed concern about this man being immoral around boys.” The individual was allowed back in because of a lack of concrete evidence. It was not said if any incidents occurred after he was let back in.

This is one lesson that if it has not already done so, the BSA should learn if someone is on a list of people who are ineligible to volunteer, that is all the reason the organization should need to tell them to go away. Being involved in scouting as an adult leader is not a right, it is a privilege and a responsibility. The organization must err on the side of extreme caution to protect itself and exponentially far more importantly, its charges.

I believe these lawsuits should go through and the organization should make every effort to make things right with these victims as soon as possible. If that means it has to sell off every property it has and go back to basics, then so be it.

In decades past, the BSA failed its members and their families. It failed to live up to the first tenet of the Scout Law, that a scout is trustworthy. It needs to make every effort possible to regain the trust it has lost.

That being said, I want scouting to continue and I think this is the organization that stands to help the most people.

I was a member of Cub Scouts and Boy Scouts from about 2001-2013, in three different troops. By this time, efforts had been made to do better in protecting scouts, such as education on sexual abuse right when we entered the Boy Scouts and policies such as requiring at least two adult leaders per campout and limiting times when scouts and leaders would be alone.

I do feel that the vast, overwhelming majority of adults who take leadership roles within scouting do so because they want to help children become better adults. I look back on the adults who served as scoutmasters, merit badge counselors and just campout chaperones as some of the best people I’ve known.

I also still recommend any child who is interested to go into scouting. For most, the program helps you learn new skills, shapes you into a better person and provides fond memories that will stay with you for the rest of your life.

Dspite this, we as former and current members of scouting cannot ignore the issue that is at hand. We must learn from this terrible problem and seek to improve the organization so that this will never happen again.

Ask a Trooper: The law for fog lights