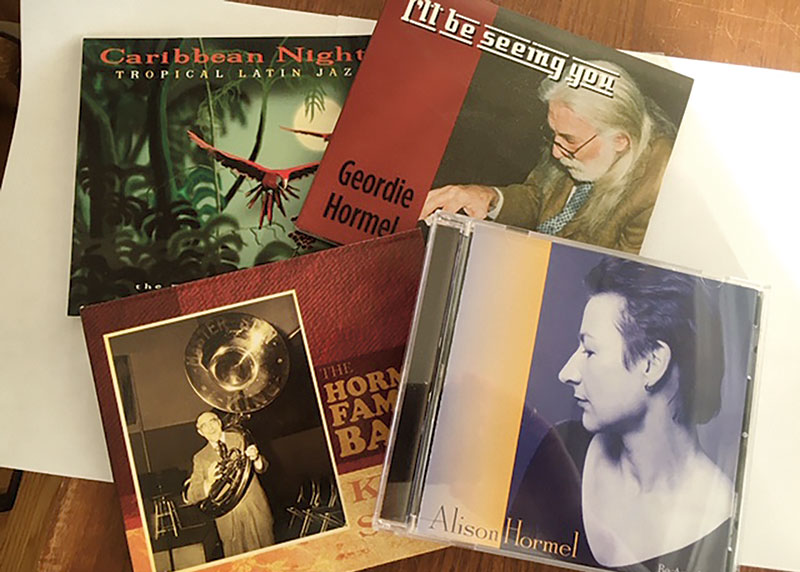 Music that was recorded by the Hormel family. Photo provided

This is a very busy programming season at the Hormel Historic Home.

Music is at the top of my mind right now as I have been planning a Music In Motion Class in partnership with MacPhail for Feb. 8, the Harris Music Contest and Concert on March 7, and a full slate of concerts for the Music @ the Mansion series this summer.

And we recently hosted a reception in honor of MarySue Hormel Harris, who entertained with piano pieces by Frederic Chopin.

MarySue’s investment in the music programming at the HHH is invaluable, so we are happy to give her recognition as often as possible. She is one of the modern day Hormel family musicians, but music played an important role in the lives of the Hormels long ago.

George Hormel wrote the following regarding his family’s musical interest and talents.

“And when the family got together, it always meant music. There was Sue’s guitar, Herman’s violin, my wife or sister Charlotte at the piano, and everybody singing! The Hormel quartet was a special feature of these gatherings, as my four brothers had beautiful natural voices which they used well together, in best “barber-shop style”, with Herman as tenor, Henry baritone as well a yodeler of some talent, John and Ben, the first and second bass.”

Other modern day Hormel family members have produced, recorded and performed music in various capacities, and we have quite a collection of their efforts in our office.

You’ve probably heard about Geordie Hormel’s legendary role in the music business. His brother, Tom, composed countless pieces and recorded a CD in support of Conservation International.  His son, Smokey Hormel, is a well-known and respected musician. Alison Hormel produced a CD in 1997, directing all the proceeds to the Virginia Institute of Autism in honor of her two children.

In 2008, Jim Hormel recruited other family members to record a CD to support the preservation of the Hormel Historic Home. The inscription on the CD case echoes the words of George Hormel.

“For as long as we can remember whenever our family has gotten together, some sort of impromptu jam session has always taken place.” The writer continued,“The music you hear on this CD is a reflection on those times we had as children learning the songs of our uncles, fathers, and grandfathers. And it is a way for us to reconnect with the past to share that music-and the pleasure of making it-with the next generation.”

Music can influence people’s lives in a variety of ways.  In the case of the Hormel family and the Hormel Historic Home, it bridges the past with the present.

Ninth annual Foodie Throwdown: It All Started with Sausage.

Registration due for Harris Music Contest

The Wide Angle: Three years with a furry alarm…