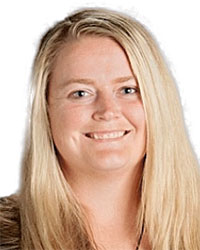 These activities included sucker and button sales, the Coins for a Cure penny war, an Honor Wall and Advisory Door Decorating. Suckers were sold every morning from 7:30-7:50 a.m. when the line had to be closed for students to make it to class on time.  It is probably one of the most anticipated activities of the Pink Week Event.

Buttons allowed students to wear their hats during the school day all week so long as their button was visible.  The Coins for a Cure penny war was the most competitive activity during Pink Week, with copper and cash being the ultimate items in the penny jars. Advisory classes were able to “poison” their competitors with silver coins like dimes, nickels, and quarters. The highest grossing advisory was Mrs. Londino-Green’s, with over $200 dollars.

Overall, the penny war competition brought in over $1,200. The Ellis Honor Wall was where students could make a donation in honor of someone they know who was diagnosed with cancer.  The Honor Wall helps to raise awareness for students by letting them know that they are not alone and that a lot of people have been affected by cancer.

While the first three activities helped to raise money, the Door Decorating Contest helped raise awareness for different types of cancers.  Each advisory was given an Awareness Packet to help them identify information about their assigned cancer, and students were asked to incorporate creativity with information to design an eye-catching door. The judging of the doors happened on Friday, Feb. 7, with the Student Council Officers being joined by Scientists from the Hormel Institute and a member of the Austin Bruins Organization. The connection between the Student Council and the Hormel Institute was strengthened this year when the Student Council members visited the Institute in late January to get a better understanding of what happens to the funds raised from Pink Week.

So far, after expenses, the students of Ellis Middle school have raised more than $1,500. Ellis Pink week ended on Friday with the annual Fun Night, where the last of the donations came in. Students paid a $5 admission fee and got to take part in a dance, a dodgeball tournament, raffle drawings, and concessions.  The dance was DJ’d by Ellis DJs, Travis Wayne and Liz Blinn, two teachers at Ellis Middle School. The dodgeball tournament, in its inaugural year, featured six teams, and was a resounding success. Many of the raffle prizes were donated by some amazing local businesses, such as the Austin Bruins Organization, the B&J, South Central Sport, Wellness 1st, Piggy Blues, Steve’s Pizza, 1910 Fresh, and Games People Play.  Overall, the students of Ellis Middle ended the week with a higher awareness of the cancer’s affect on other people and knowing that they are making a contribution towards finding a cure for cancer.