Donald Reed Cole, 66, passed away due to heart problems on Wednesday, Jan. 15, 2020, under hospice care in Florida, where he resided for over 40 years. 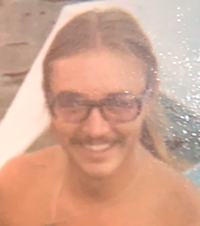 Don was born Oct. 11th, 1953, in Austin, Minnesota, to Meredith and Phyllis (Reed) Cole. He grew up in the Oakland, Minnesota, area, attending elementary school in Oakland and graduating from Austin High.

Like his siblings, David and Myrna, Don followed his parents’ idea to move to Florida.

Don is survived by three daughters, Ashley, Linsey, and Meredith; four grandchildren; brother, David Cole of Leicester, North Carolina; and sister, Myrna Baumann of Crystal Beach, Florida. He was preceded in death by his parents, Meredith and Phyllis; and nephew, Cole Baumann.

Don’s ashes will be interred near his parents’ graves in Palm Harbor, Florida, at a later date.