Three charged in domestic situations; All had prior assault convictions

Afi Ali Abdi, 37, of Austin has been charged with felony threats of violence – reckless disregard risk – and felony domestic assault. Abdi He has pleaded not guilty to both.

According to the court complaint, deputies were dispatched to a domestic disturbance call on Nov. 26 in the 1600 block of 10th Drive Southeast in Austin. They made contact with an adult female, who said that Abdi has been drinking and acting belligerent towards her since the previous night. She said they had been arguing and Abdi had been following her around the residence while calling her foul names and threatening to assault her. When she retreated into a bedroom, she alleged that Abdi kicked the door and said, “I can kill you! I want to hurt you!” 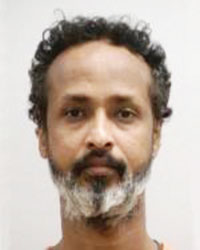 Abdi, who was highly intoxicated, told a deputy that he and the victim had argued, but that nothing physical occurred. The deputy noted blood on Abdi’s hand; Abdi attributed it to “moving a table.”

Deputies photographed old and new damage to the bedroom door.

After he was arrested, Abdi submitted to a preliminary breath test and was found to have a blood alcohol concentration of 0.336 percent.

A review of Abdi’s criminal history shows prior convictions for terroristic threats and assault.

A pre-trial has been scheduled for May 15.

According to the court complaint, police responded to a domestic disturbance at 6:33 a.m. on Jan. 2 in the 700 block of Fourth Avenue Northeast. Officers saw an adult female sitting on a sidewalk and Himli standing across the street. 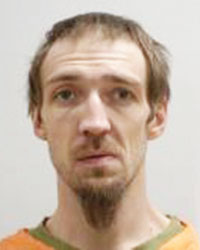 The victim said she was afraid Himli would injure her and reported that he had assaulted her previously.

A witness reported seeing Himli and the victim arguing and said he saw Himli yelling at the victim as she sat on the sidewalk. He said he told Himli to give the victim her phone. Himli complied, but continued to yell at the victim. The witness indicated that Himli appeared to be the aggressor.

Himli will appear in court again on Jan. 16.

Derek Jeffrey Hall, 35, of Austin has been charged with felony terroristic of violence and gross misdemeanor domestic assault. 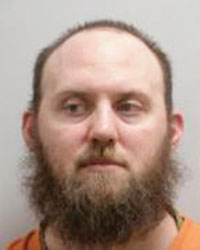 According to the court complaint, police were dispatched to a domestic disturbance at about 11 a.m. on Jan. 4 in the 600 block of 30th Street Northwest. An officer made contact with a visibly upset adult female at a nearby church. She reported that Hall had assaulted her the previous night and that he had been drinking and yelling at her.

Police made contact with Hall, who said he had been drinking the previous night. He admitted to pushing the victim and pulling her hair while they were arguing, but denied kicking her. He said he pulled out the shotgun because he would be better off dead.

A review of Hall’s criminal history shows a prior conviction for domestic assault.

Hall will appear in court again on Jan. 16.