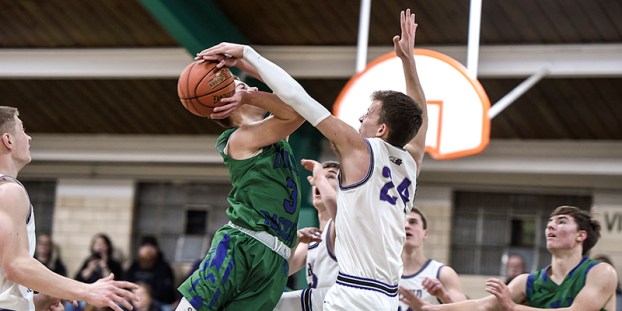 The Grand Meadow boys basketball team showed that it has Lyle-Pacelli’s number as they snapped the Athletics’ 10-game winning streak with a 66-49 victory in Pacelli Tuesday night.

The Athletics (10-4 overall, 6-3 SEC) hung around for most of the first half, but the Superlarks extended their halftime lead to 34-28 after Colt Landers connected on a contested three at the top of the key to beat the buzzer. 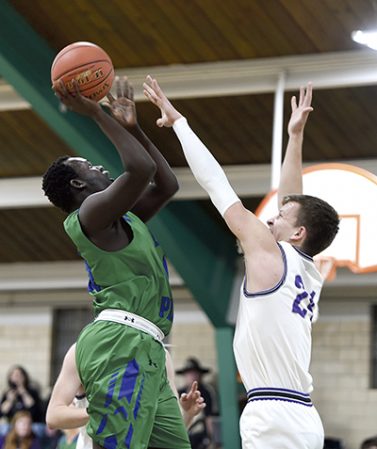 “It felt pretty good,” Landers said of the shot. “I heard ‘one shot left’ and I looked at the clock, did a couple of crossovers and I nailed the shot.”

Landers, a junior, finished with 24 points, nine rebounds and two blocked shots, hitting a variety of post hooks and jump shots from all over the court.

GM point guard Ethan Lane, who had five points, five rebounds and five assists, knew it was crucial to keep feeding Landers as GM pulled away in the second half. 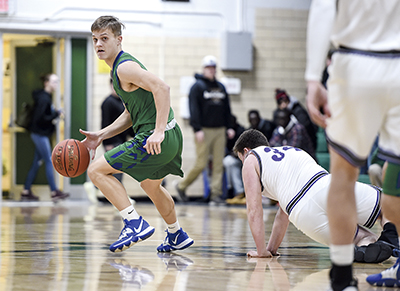 “Once we knew he was hot, we had to give (Colt) the ball. He can score inside and outside,” Lane said.

L-P was led by freshman Buay Koak, who finished with 23 points and nine rebounds, but the Athletics couldn’t find their offense for a stretch early in the second half as GM put together a a 13-3 run to go up 51-33 on a Landers three with 9:52 left. 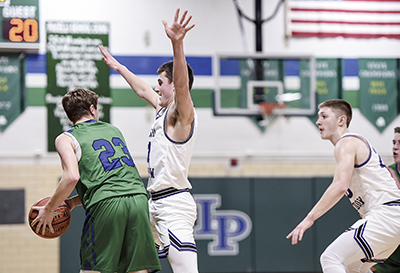 “They were coming in hot,” Landers said. “We knew their last loss was to us and they had beaten some good teams. We just had to come in here and take care of business.”

While the Larks held on to win, Lane said they could still polish up a little bit of their offense as they finished with 14 turnovers. 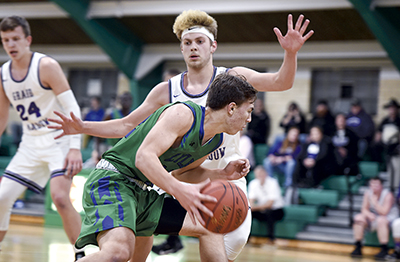 Lyle-Pacelli’s Jed Nelson leans into a drive during the first half against Grand Meadow Tuesday night in Pacelli. Eric Johnson/photodesk@austindailyherald.com

Vikings lock down FBA to score a win