South St. Paul man gets over 7 years for drug possession

Alfred Richard Einberger III, 41, of South St. Paul was sentenced to 95 months in the Minnesota Correctional Facility in St. Cloud for felony second-degree drugs – possess 25 grams or more of cocaine or methamphetamine on Thursday in Mower County District Court. He received credit for 86 days served. 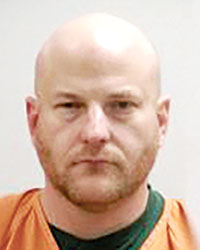 He was also sentenced to 90 days in jail for misdemeanor DWI – operate motor vehicle – body contains any amount of schedule I/II drugs – not marijuana, but received credit for 90 days served.

Charges of felony predatory offender fail to register, felony fifth-degree drug possession – possess schedule 1,2,3,4 – not a small amount of marijuana – and misdemeanor DWI – operate motor vehicle under the influence of a controlled substance – were dismissed at the sentencing as part of a plea agreement reached on Sept. 20.

Court documents state a Mower County deputy stopped Einberger on Sept. 12, 2018, just south of Dexter after observing his vehicle crossing the fog and center lanes multiple times. The deputy observed Einberger’s pupils were dilated and slow to react to light and that his hands were twitching. Einberger denied being under the influence of anything, saying he swerved because he was reaching for a lighter.

The deputy then had Einberger perform several field sobriety tests, some of which he passed, others he failed. When asked if he was under the influence of prescription drugs, Einberger denied it, but then said he had recently used cocaine.

The deputy searched the vehicle and found the following items:

In addition to prison, Einberger must also pay $85 in fees.

The Austin Noon Lions Club will host its annual Pancake Day with serving times from 11 a.m. to 1:30 p.m.... read more