Mower County is working with the Minnesota Department of Public Safety Emergency Communication Networks division (DPS-ECN) to learn the cause behind a disruption to the state’s 911 system, according to Mower County Sheriff Steve Sandvik. 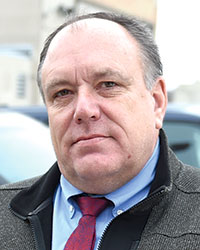 CenturyLink, who is Minnesota’s contracted 911 service provider, is investigating the disruption, which it said began at 8:52 p.m. on Jan. 19 and was resolved at 1 a.m. on Jan. 20. During that time, CenturyLink reported there were 369 missed 911 calls. CenturyLink believes a connection between a 911 router in Rochester was impacted, but is still looking into how the disruption occurred.

As the state’s contracted 911 vendor, CenturyLink is required to provide a cause for the disruption to DPS-ECN. In addition, DPS-ECN is working with the affected public safety answering points, including Mower County, to confirm the time and number of missed calls during the disruption.

Sandvik said 911 is still a trusted and reliable method to call for help in the event of an emergency. While disruptions are rare, Sandvik encourages residents to put Mower County’s 24-hour emergency number, 507-437-9400 (option 1), into their cell phones or have it written down next to their landline. This alternative number for 911 dispatch should only be used in the event of a disruption.

Minnesota’s 102 dispatch centers typically receive an average of 7,817 calls per day, according to Sandvik. DPS-ECN oversees the 911 program and is in the fourth year of a five-year, $29.5 million contract with CenturyLink. The Minnesota Public Utilities Commission is the regulatory authority over

Calling all food entrepreneurs; Workshop to focus on starting a food business

The Austin Area Minority Business Project and Development Corporation of Austin is sponsoring a free workshop, “How to Start a... read more