School finance and the need for adequate funding

By Lori Volz
APS Executive Director of Finance and Operations

The process by which public education is funded in the state of Minnesota can be confusing. Local levies make up a certain portion of the funding school districts receive, but not nearly as much as it would seem. Minnesota public schools are funded based on formulas set by the Minnesota legislature, and state aid comprises 82 percent of the total revenues in the General Fund. Local levies, on the other hand, are only five percent of the total revenues. The main funding category is the General Education Revenue formula, which provides a certain number of dollars per student served. Thus, as enrollment increases, so do district revenues. 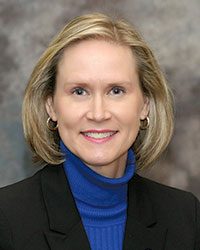 A big challenge for public schools in Minnesota is the lag in the General Education Funding formula as compared to inflation. Over the past three decades, this translates to a funding gap of $1,367 per student in the basic formula when adjusted for inflation of the consumer price index. Austin Public Schools served 5,058 students in the 2018-2019 fiscal year, which equates to a funding gap of over $6.9 million.

Public schools are a service organization, and most of the costs in our General Fund are staff related. Salary and benefits comprise 80 percent of our overall budget in the General Fund. Teachers are the largest employee group in the school district. While most teachers are either elementary or secondary classroom teachers, we also employ many special education teachers and teachers in the instructional support category.

Special Education funding is also set by the legislature, and there are also funding deficiencies in this category as well. The funding gap between the state special education funding formula and Austin Public Schools is more than $4.2 million and rising. In order to meet the needs of our Special Education programming, we have had to use General Education revenues to help subsidize this shortage.

Essentially, due to the gap between state funding formulas and inflation, the overall financial picture of Austin Public Schools is under tremendous pressure. Austin Public Schools has experienced an increase in enrollment in six out of the last seven years, which has helped counterbalance the inadequate funding formulas. However, our enrollment decreased in the 2018-2019 fiscal year, which was a detriment to our financial condition. Overall, the 2019-2020 year is trending for a moderate enrollment increase.

The Austin Public Schools operating referendum is $42 per student. To put that in context, the average referendum for school districts in the Big 9 (which includes Albert Lea, Austin, Faribault, Mankato, Northfield, Owatonna, Red Wing, Rochester and Winona) is $832 per student. The state average for districts with an operating referendum is $1,040. Overall, this reflects the need for more adequate funding on the General Education and Special Education funding formulas.

Public education in Minnesota is funded in multiple ways. The largest revenue source is state aid, which is determined via several funding formulas. Unfortunately, these formulas do not keep up with inflation, which means that there are funding gaps between the amount of money we receive from the state and what we must spend to fund education.