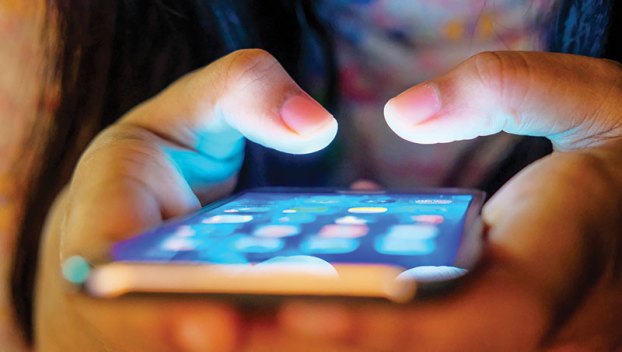 Two-thirds of Americans get their news from social media, according to the Pew Research Center. But a lot of false information is spread on social media, often by people who don’t even realize they’re doing it. Metro image

Put your social media accounts on a ‘disinformation diet’

You’ve probably seen them already: memes with a provocative headlines, a supposed news item that sounds just too juicy to be true.

If the 2016 election taught us anything, it’s that you’re likely to encounter this type of disinformation on your social media feeds in 2020, whether it’s from a coordinated and sophisticated disinformation campaign orchestrated by another country, or that old friend from high school who keeps posting false stuff on Facebook.

“It’s actually targeting voters, and it’s trying to influence the outcome of an election or trying to sow these divides in our society,” said Lisa Kaplan, a consultant who founded the Alethea Group, a firm that helps candidates manage disinformation targeted at their campaigns.

In the last two elections, we’ve seen social media play a critical role in how people encounter and consume the news. Two-thirds of Americans get their news from social media, according to the Pew Research Center.

With such a big audience, it’s easy, too, for bad information to spread and stick around in social media feeds. One recent study from a team of researchers at MIT showed that 126,000 rumors on Twitter were spread by 3 million people between 2006 and 2017. And the research showed that false information reached far more people than real news.

The good news is that you don’t have to ditch social media to keep disinformation out of your media diet. Social media users have a lot more control over the information they see and share than they think they do, Kaplan said.

“These nefarious actors, whether they’re foreign or domestic … are targeting us citizens as consumers of information. And when you start thinking about it that way, your audience can fight back,” she said.

Here are four of Kaplan’s tips for doing just that:

Get to know your algorithms

These are the computer formulas that determine what you see in your social media feeds and how often. And they’re based on what you’ve looked at in the past. So, take stock of what you’re seeing in your feed and look for patterns.

Once you’ve figured out what your social media feed thinks you want to see, retrain your feed by visiting a greater variety of news websites. “If you’re somebody who’s always seeing The New York Times showing up, make an effort to go read The Wall Street Journal on your social media feeds and you’ll start seeing different areas of different sources of information that can give you a more holistic picture,” said Kaplan.

One reason people are so quick to share bad information on social media is because historically, we’ve used social media to see cute cat videos or pictures of our friend’s kids — not to be critical consumers of the news. But Kaplan said we need to change that approach:

•Check the source of information you see. Is it a well-known and trustworthy source? Does the author of this information have a track record of accurate reporting?

•Check the date a post or headline was published. Is it current or is it old and therefore being taken out of context?

•Check the source of unfamiliar social media pages. Facebook now lists things such as when a page was created and where it is located. If it’s a U.S. veterans page that’s being run out of Moldova, that’s a huge red flag.

Kaplan said that just because something has a lot of retweets or shares, doesn’t mean it’s been fact-checked. And if it seems outlandish, it probably is. That’s where Kaplan says a little self-reflection comes in handy. “We don’t always realize the implications of sharing. It sounds really harmless because it’s just a picture and text, and it’s funny,” she said. “I think what we can do in order to combat this is change our mindset about why it is we’re sharing … and how we use it in our day-to-day to connect with others.”