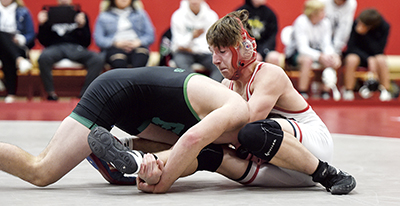 The Austin wrestling team lost a pair of duals losing by a score 63-9 to Faribault and it lost 65-3 to Rochester Mayo in Ove Berven Gym Thursday.

Sean Donovan put up a solid performance on senior night for the Packers as he grabbed a 2-0 lead in the first period over Mayo’s Brennan Nelson. Donovan controlled the match and hung on to win 2-0 at 126-pounds.

Donovan was the lone senior competing for the Packers in the varsity dual.

“It felt pretty good to win. I just had to be patient,” Donovan said.

It’s been a tough year for the Packers (0-7 overall), but they’ve tried to make the most of it. 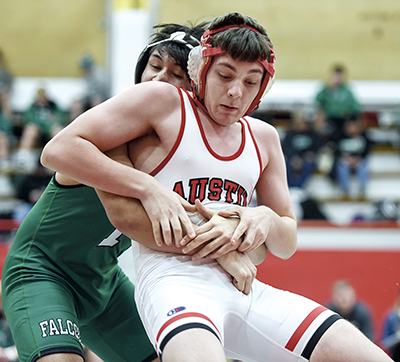 “We try to cheer on the younger guys and we work has hard as we can in the practice room,” Donovan said. 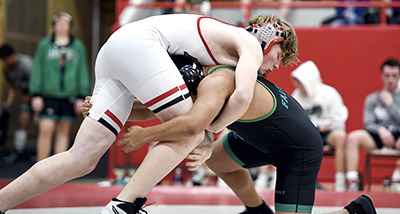 Austin’s Mason Callahan tries to gain the advantage during his match against Faribault Thursday night in Packer Gym. Eric Johnson/photodesk@austindailyherald.com 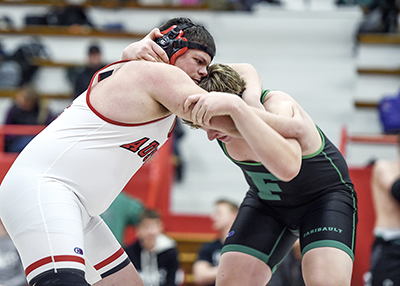 Packer girls close out a tough stretch with a loss

The Austin girls hockey team just finished it’s toughest stretch of the regular season and the team is starting to... read more