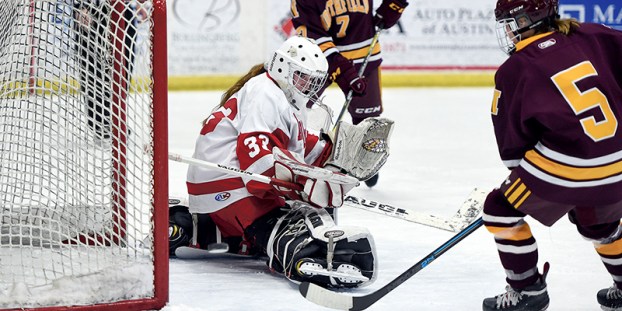 Packer girls close out a tough stretch with a loss

The Austin girls hockey team just finished it’s toughest stretch of the regular season and the team is starting to feel it can compete.

The Packers didn’t score any wins against the best the Big Nine has to offer, but they showed they can keep pace, even as they lost to Northfield 5-0 in Riverside Arena Thursday.

The Raiders (12-5 overall, 9-0 Big Nine) were on the attack for much of the night, but Shelby Davidson stopped 51 shots to keep Austin close. 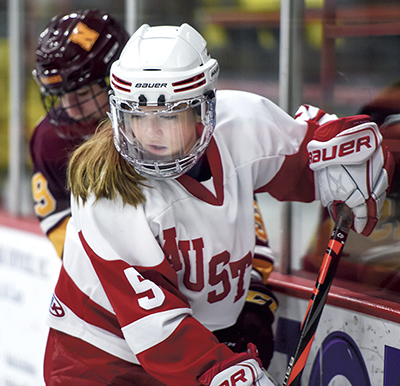 “In our last five games, we played three of the best teams in the Big Nine,” Austin head coach Troy Holtz said. “I’m proud of the girls because we got through those games and we didn’t get blown out in any one game. Tonight we got outshot pretty hard, but that’s a really good team and they moved their feet the entire time.”

The Raiders had five different players score as they keep Austin off-balanced.

“I think our girls learned tonight that you can’t be behind them and chasing them. You have to be in front where they’re going to be,” Holtz said. “That was a real lesson in tonight’s game. In the first period we did a good job of keeping them out and controlling pucks, but int eh second period we started losing track of where they were.”

The Packers will play seven of their last eight games in Riverside Arena over the next 20 days to close out the regular season. 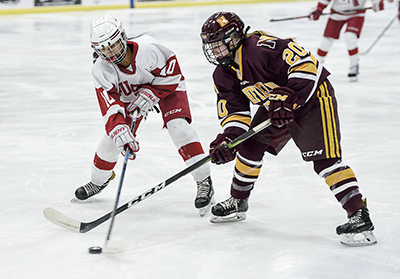 The Austin Bruins skated to their fourth straight win when they blasted the St. Cloud Blizzard (9-20-3-1 overall) 5-1 in... read more