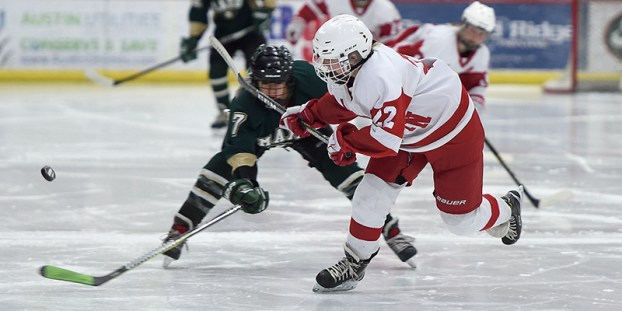 Jordyn McCormack made her senior night count as she helped the Packer girls hockey team close out the conference season on a high note with a 4-1 win over Rochester Mayo in Riverside Arena Thursday.

Austin’s first line set the tone early in the game as it scored two goals in a three-minute stretch to give the Packers a 2-0 lead. Kate Holtz scored on an assist from McCormack, the lone senior on the varsity team and then McCormack scored an assist from Holtz to make it 2-0.

McCormack has surpassed 100 points in her career with the Packers, but she’s made just as much of an impact on the next generation of Austin players as she has on this year’s team.

“It was a big adjustment this year having a wide variety of ages. Some of those girls were 12 years old when they started playing this season,” McCormack said. “It’s been a big adjustment going from the younger one to the older one on the team, but we’ve gotten better with every game. They’re like little sisters to me and I’m trying to make them better by encouraging them. I know what it’s like to be them.” 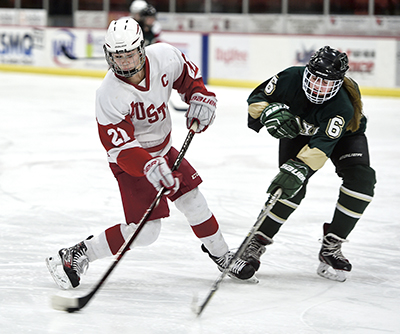 McCormack has been on the Packer varsity team ever since she was a middle schooler and she’s been a leader to all of the underclassmen on this year’s team. Austin head coach Troy Holtz said has had a positive impact on the entire team.

That early lead held for the Packers as junior Shelby Davidson stopped 23 shots. Davidson helped the Packers kill all three Mayo power plays and the Spartans did not score until Nakya Renn came up with a goal with 1:15 left in the third.

Austin has now won four of its last five games and it will close out the regular season at Waseca Friday. The Packers open the Section 1A Tournament on Wednesday.

“This was a very important win because we played the first ten games without our main goalie and we went 3-7. Since we got our main goalie back, we’re now 8-4,” Holtz said. “I’m hoping now we played at the end of the year is going to go towards our seeding.

McCormack has been a fixture on the ice for the Packers for a long time, but the end of her hockey career is suddenly on the horizon as she does not plan on playing in college.

“It’s going to be hard being done with it. Maybe I’ll play intramurals,” McCormack said. “We’re just trying to play hard and finish strong. We don’t know if we’ll get another home game.” 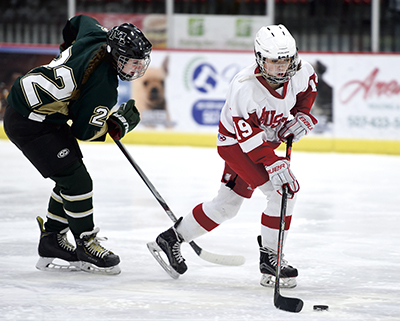 Austin’s Megan Schultz skates with the puck toward the Rochester Mayo goal during the first period Thursday night at Riverside Arena. Eric Johnson/photodesk@austindailyherald.com 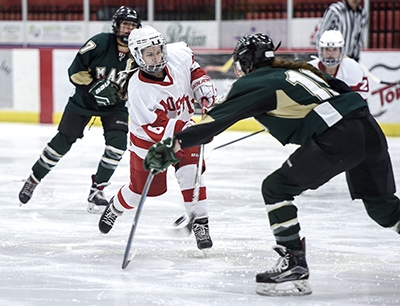 Austin’s A.J. Barrera with a shot in the first period against Rochester Mayo Thursday night at Riverside Arena. Eric Johnson/photodesk@austindailyherald.com

Caregiver must be in place before procedure can go through Anybody who knows Jose Rivera knows of his willingness to help... read more