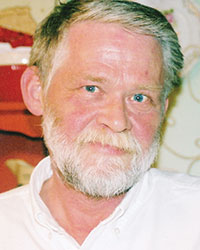 Mark was a distinguished man known for his candor and authenticity. He was invariably a gentleman who fine-tuned the details of his life. Mark wholeheartedly loved his family, worked until the sun went down, and always put others first. If anyone needed a helping hand, Mark’s was reliable and extended without exception. Mark will be remembered for his integrity, which was as certain as snow during a Minnesota winter.

Mark accomplished many things throughout his lifetime. After graduating from Pacelli High School in Austin, Minnesota, he went on to serve his country in the U.S. Air Force. He served as a “still photography specialist” during the Vietnam War before he was honorably discharged. Upon his return, Mark married the love of his life, Jan Shevlin. Together they moved to Santa Barbara, California, so Mark could attend Brooks Institute of Photography, where he received his Bachelor of Arts degree. The couple spent five years in Albuquerque, New Mexico, before returning to Faribault, Minnesota, where Mark started his 38-year career at Crown Cork and Seal. In addition to his work there, Mark took great pleasure in being the co-owner of Jan’s Thrift Shop for over 30 years and was adept at buying and selling furniture.

Mark was an avid pool player and continued to shoot with his team of many years up until his passing. He loved to travel and was a skilled hunter and fisherman who could fix anything. Mark adored the women in his life and took extreme pride in his grandchildren.

On Dec. 4, 2019, Mark was diagnosed with stage 4 pancreatic cancer; he succumbed to his illness with dignity and grace on Dec. 29. He spent his final weeks in abundance, surrounded by his loved ones.

Mark’s dignity, caliber and social grace will remain a pillar of strength throughout our lives. In his honor, we hope you create a story of which you will be proud – for he truly left his Mark.

A memorial service will be held at 4 p.m. on Sunday, Jan. 12, 2020, at the Parker Kohl Funeral Home in Faribault, followed by a social gathering. Visitation will be held two hours prior to the service on Sunday at the funeral home. Interment will be held at a later date in Fort Snelling National Cemetery. For online tributes and further information please visit www.ParkerKohlFuneralHome.com.