Man charged with strangling woman during argument; Said alleged victim punched him in the face

According to the court complaint, police responded to a report of a domestic assault at 11:45 p.m. on Jan. 18 in the 1100 block of Fifth Avenue Northwest. Police made contact with Tinoco, an adult female and a juvenile female 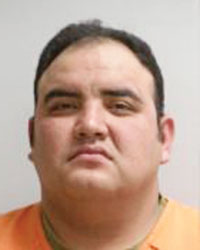 The adult female said she and Tinoco were arguing after he found a number in her phone that he did not recognize. She allegedly said he became angry and strangled her for about five seconds, lifting her up by her throat and holding her against the wall, pounding her head twice on the wall. She told police she was afraid she would lose consciousness. She also reported that Tinoco has “a drinking problem” and falls down and injures himself.

The juvenile told police she heard things being thrown and “screams” coming from the victim. When she came into the room, she saw the victim crying by the door.

Police observed redness in the shape of fingers, a bruise and a scratch on the victim’s neck.

Tinoco told police he and the victim were arguing and that she began punching him in the face. He said he pushed her in the chest to defend himself and denied strangling her.

Police observed that Tinoco had slight redness and swelling on his cheekbone and a bloodshot right eye. They also detected an odor of alcohol on Tinoco.

Tinoco will appear in court again on Jan. 30.