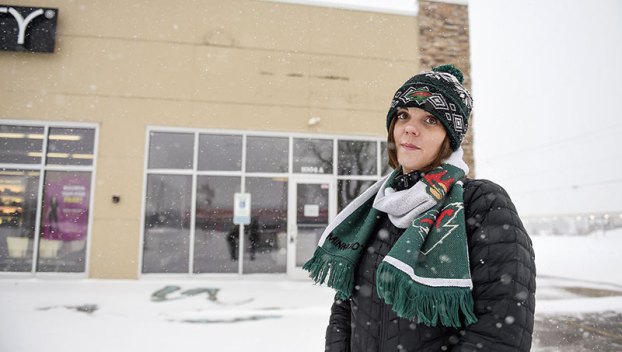 Kacie Huggan stands outside what was the site of the AT&T Store, that suddenly shut down this week. Huggan was one of those that was suddenly left without a job. Eric Johnson/photodesk@austindailyherald.com

‘Like being fired, only politely’ – AT&T Store closes without warning

The AT&T Store at 1004 18th Ave. NW closed its doors Tuesday, and according to Retail Sales Consultant Kacie Huggan, there was no warning to employees before hand.

“On Tuesday, my area manager was in the store, which is unusual,” Huggan told the Herald. “I went to lunch at 2 p.m., came back at 3 p.m. and was told the store was closing at the end of the business day.”

Huggan said that she was told the store was “condensing,” but was not provided with additional details.

“I don’t know what kind of reason that is,” she said.

To add to the confusion, the Connect Wireless district manager was at the store as late as Jan. 10 conducting interviews for an open position at the Austin location.

Huggan said other employees were also blindsided by the abrupt announcement. 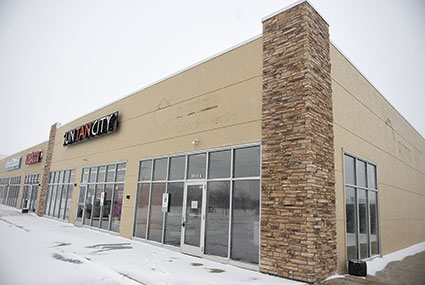 Earlier this week the AT&T Store shutdown with little warning to those employed at the store. Eric Johnson/photodesk@austindailyherald.com

“They were just as shocked and pretty angry about it,” she said. “(Connect Wireless) didn’t offer any kind of severance. They said you won’t have a job at the end of the day. It’s like being fired, only politely.”

The AT&T Store is not the first business in Austin to close without a formal announcement to its employees. Hibbett Sports closed last January without warning, leaving only a sign on the door indicating the Austin location was closed.

Austin’s Wendy’s location also closed abruptly in May of last year after building owner Jeff Mosiman decided not to renew his contract with Wendy’s.

It is unknown what, if anything, will occupy the AT&T Store location. It is also unknown to Huggan what will happen next.

“(Connect Wireless) said they had an open position in Andover, but that was it,” she said.

If a lithium ion battery is broken and exposed to air, it could cause a fire that can be more... read more