When the announcements at Grand Meadows School came on Monday, students heard the tune to the movie “Mission Impossible,” giving them an assignment for the week.

They were asked to say hi to someone new each day this past week.

This assignment is part of a new program at the school called Mission Monday.

Every week, students will receive a new assignment intended to encourage them to be kind to others, said Superintendent and Elementary Principal Paul Besel.

“You’ve heard of random acts of kindness and we want people to do that, it’s a good thing, but this becomes more of an intentional act of kindness,” he said.

The Grand Meadow community has been very supportive of the school and raise their children right, Besel said. Mission Mondays are about reminding students to do things like reaching out to a student they don’t know and saying “hi.” 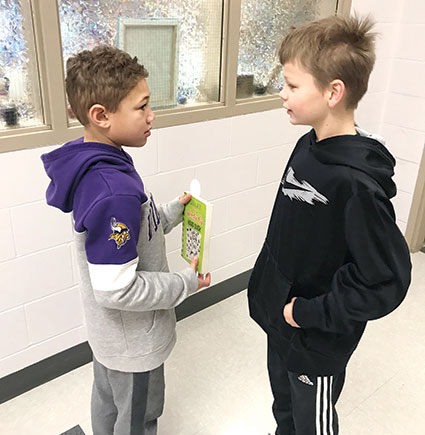 As part of Mission Monday’s, students at Grand Meadows were told to say hi to someone new each day this past week. Photos provided

“It’s just reminding people to be pleasant with one another,” Besel said.

When people are pleasant with one another, it makes students happy to be part of the school, he said.

One of the things Besel saw in this first week of the program was that it encouraged younger students to reach out to the older students. In its school, Grand Meadows teaches children from pre-schoolers to seniors.

“The younger students are having more confidence in being able to say something to older students,” Besel said.

The program was brought to Grand Meadows by Jodi Munson, who teaches 5th, 6th and 8th grade students, along with a college intro to education class.

She learned about the program during a Minnesota Rural Education Association conference in November 2019, where she heard about the idea from creators Mark Johnson and Sam Stecher. 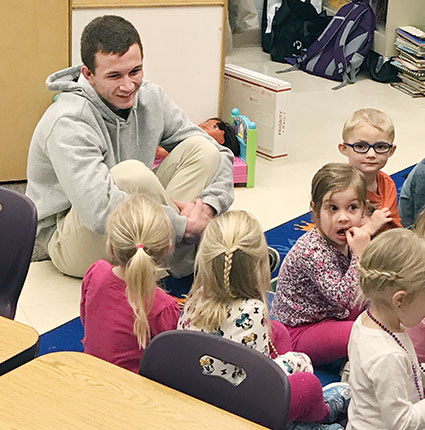 Older and Younger: Staff at the Grand Meadows School District said the mission made younger students more confident in reaching out to the older ones. Photos provided

Munson brought the idea to leadership and she and her college students drafted a list of missions and it was decided to start the program when the students got back from winter break.

For Munson, one of the reasons the program seemed like a good idea was that it was not something that required the district to spend a lot of money.

The idea is also not something that requires putting in a ton of extra work for staff, Besel said.

Seeing how the students take up these missions give the staff a lot of joy, he said.

Although saying hi to someone only takes about two seconds, it can have an impact on the person who it is being said to, Munson said.