Crystal Miller has accepted the position of publisher for the Austin Daily Herald, succeeding Jana Norman, who left the Herald this week. 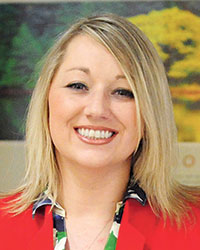 Miller has worked with Boone Newspapers since 2002, working for the Herald’s affiliated newspaper, the Albert Lea Tribune, in various roles. She started as an advertising salesperson after moving from her hometown of Owatonna and became publisher of the Tribune in 2013.

She will continue in her role as publisher for the Albert Lea Tribune.

“I am grateful to Jana for the strong foundations built in Austin,” Miller said. “The Herald is a pillar in its community of Austin and neighboring communities, and I will work to build on that.”

Outside of work, Miller is a member of First Lutheran Church in Albert Lea, a member of the Albert Lea Rotary Club and a director of the Minnesota Newspaper Association board.

Minnesota’s 2020 presidential primary: Pick a party, then a candidate