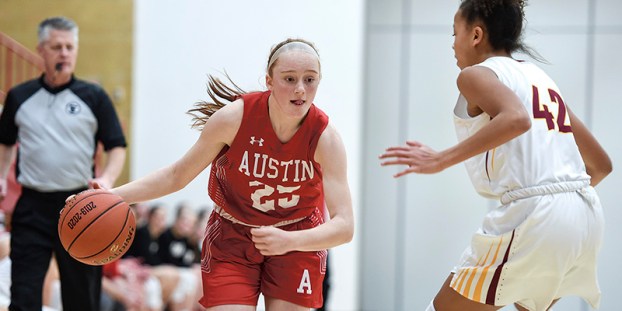 Bumps in the Road: Northfield sinks Packers in Ove Berven

Just three days after they came up with a huge win over Red Wing to move into first place in the Big Nine, the Packer girls basketball team suffered a hiccup when they lost to Northfield 67-56 in Ove Berven Gym Friday.

After trailing by double digits in the second half, the Packers pulled to within 44-41 when Colie Justice drove for a score with 8:09 left, but Northfield’s Annika Richardson scored seven straight points to put her team back in control. 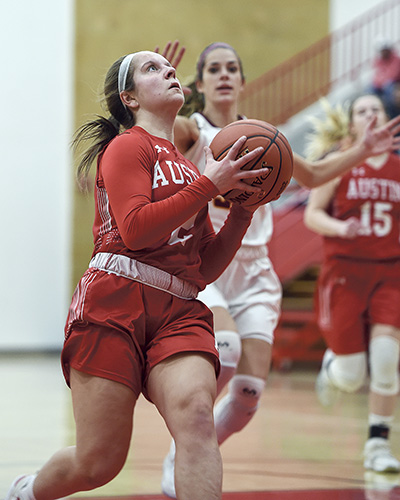 Austin’s Hope Dudycha pulls up for a lay-up in the first half against Northfield Friday night in Ove Berven Gym. Eric Johnson/photodesk@austindailyherald.com

“It just feels like tonight was a mindset set-back and we kind of had the same thing against Simley at the Civic Center,” Austin head coach Eric Zoske said. “We had a really good gameplan going into it, but we didn’t really follow through with what needed to be done.”

“We talked before the game about how if anybody beats you, that’s what they’re talking about at their banquet,” Zoske said. “We’re at the top of the Big Nine and we’re getting everybody’s best game. This puts a dent into our Big Nine championship goals, but if we can win the rest of our games, we can still get that Big Nine championship.” 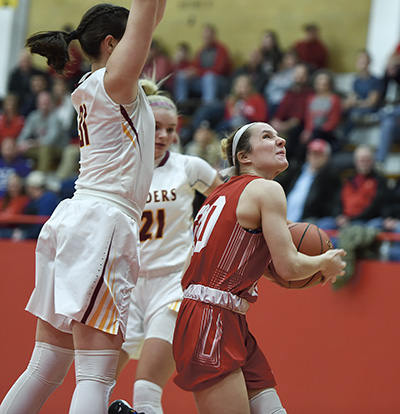 Austin’s Elyse Hebrink goes up for a hard two points against Northfield in the first half Friday night in Ove Berven Gym. Eric Johnson/photodesk@austindailyherald.com

Hope Dudycha had 19 points for Austin and Elyse Hebrink had 10 rebounds, five assists and four steals.

The Packers honored elementary teachers who had coached Austin’s players as youths before the game and at halftime.

“We give thanks to the teachers,” Zoske said. “It’s always good to give some respect to them. We thank them for coming out tonight and hopefully they had fun.” 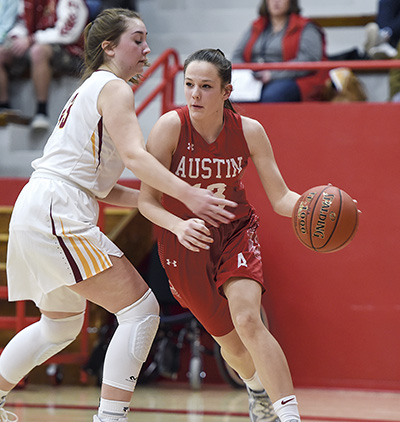 Austin’s Olivia Walsh drives along the baseline during the first half Friday night in Ove Berven Gym. Eric Johnson/photodesk@austindailyherald.com