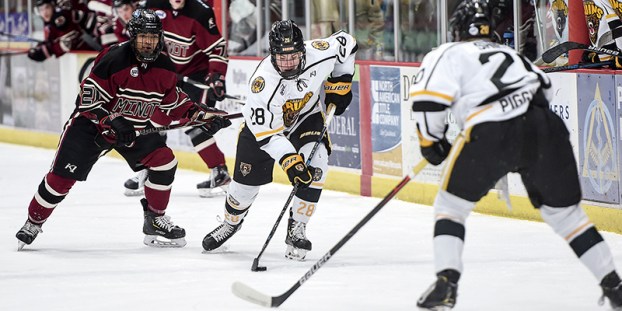 The Austin Bruins saw their six-game winning streak come to a crashing halt as they lost to the Minot Minotauros 7-1 in Riverside Arena Friday night.

Minot (20-11-1-4 overall) dominated the puck for much of the game and the scoring opportunities were few and far between for the Bruins.

“We relaxed. Our guys were riding the high train and they thought they were going to hand it to us,” Austin head coach Steve Howard said. “We talked about it and we still went out there and were lackadaisical and stagnant. We thought they were just going to bow down to us. That’s not the Minot Minotauros. They’re a team that competes every night and we did not compete tonight.”

Minot piled on three goals in the third period as Austin couldn’t find it’s intensity, but it wasn’t just that letdown that stuck with Howard. 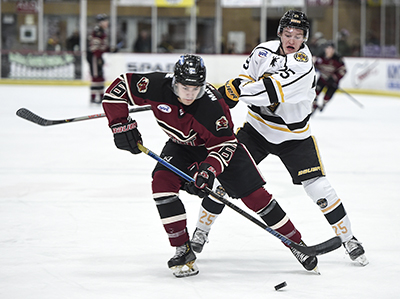 “I wasn’t happy with any of the periods. It was a wake up call. Those guys think they can just show up and win. That’s not the case,” Howard said. “You’ve got to outwork teams and we got outworked big time tonight, in all aspects of the game. Our penalty kill was awful, our power play was awful and we had no zone time. We played in our D zone most of the time and we turned over a lot of pucks with nobody moving their feet. We needed that wake up call and I hope they wake up, but they’ve got to make that decision.”

The Bruins (20-10-2 overall) trailed 2-1 after one period, and although they out-shot Minot 12-7 in the second period, it didn’t show up on the scoreboard. The Minotauros went up 3-1 when Kyler Kleven scored early in the period and Ville Immonen scored late in the second to make it 4-1. 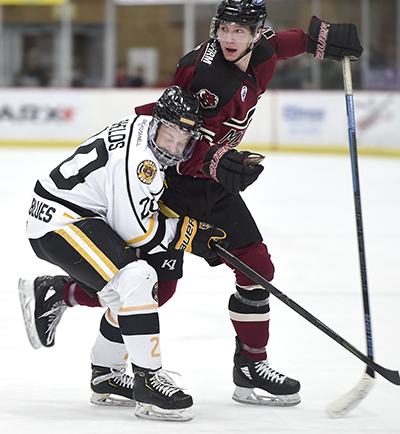 Jaden Shields gets tangled going across the zone during the first period against Minot Friday night at Riverside Arena. Eric Johnson/photodesk@austindailyherald.com 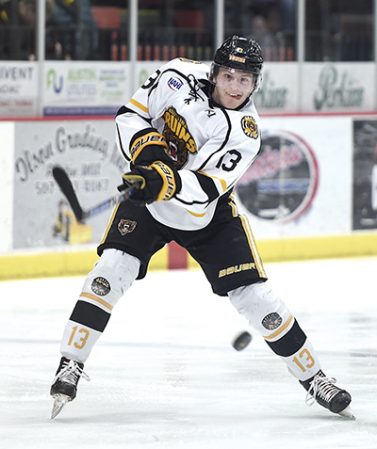 The AYB eighth grade “A” Boys basketball team finished the three week Big 9 tournament with a record of 7-2... read more