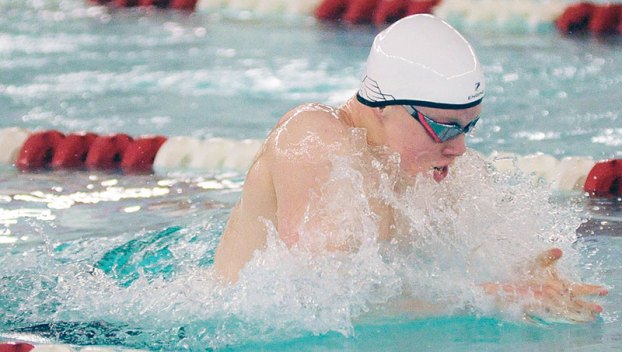 Another one on the wall: Austin’s Kelly sets his fourth pool record of the year

Austin junior Logan Kelly added to his list of pool records as the Packers finished third place in the Section 1A True Team Meet in Bud Higgins Pool in Ellis Middle School Monday.

Kelly, who already broke the Owatonna, Rochester Mayo and Mankato East pool records this season, put himself as the lone Austin swimmer on the board for a pool record holder when he won the 100-yard breaststroke.

Kelly’s time of 57.43 seconds was good enough to break the record time of 58.72 seconds set by Kendrick Bachman, a 2009 Rochester John Marshall grad who is the son of JM swimming and diving coach Paul Bachman. 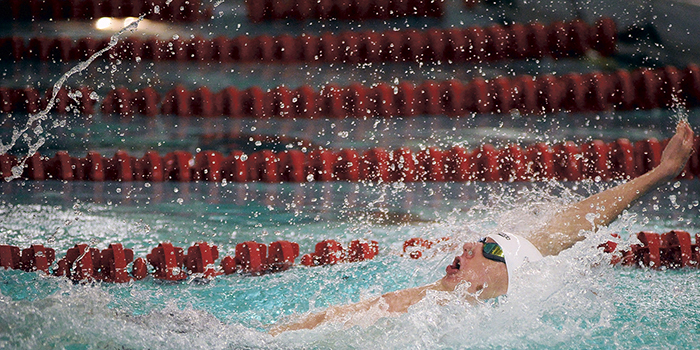 “It was a pretty big deal for me. I’ve been trying to get it for a month now pretty seriously. I broke it by quite a bit and I’m happy to get an Austin pool record on the board,” Kelly said.

Kelly also won the 200-yard individual medley and the Packers won six events on the day — with Rafe Dolan Peterson winning the 100-yard butterfly and the 100-yard backstroke.

“We had pretty good overall races and we had some pretty good showings from most of our guys,” Kelly said.

“I could’ve done a lot better on some of them, but I guess that comes back to practice,” Norton said. “I could probably go a little bit harder in practice and warm them up a little more. Some of them are iffy for me and I need to improve of them. There was some good competition today and it shows that I need to practice.”

Norton was originally scheduled to dive on Friday, then it was moved to Saturday before being moved to Monday. He and Dolan Peterson will be amongst Austin’s eight seniors who compete in their final home meet against Red Wing at 6 p.m. Thursday.

“When (True Team) got cancelled on Saturday I was kind of bummed out, but I just kind of sat at home mentally preparing since I wasn’t able to be in the pool as much,” Norton said. “I remember when I first started diving and it’s strange that my season is coming to an end after all of the work I’ve put in. It’s kind of heartbreaking in a way, but it also makes me feel like I’ve accomplished a lot. I’m looking forward to the last home meet, and hopefully I’ll be doing some of the best dives I’ve ever done.”

The Austin 200-yard medley relay team of Dolan Peterson, Kelly, Trey Myers and Aaron Knoll took first and they missed out on a pool record by .13 of a second at 1:38.66.

The Packers have one more shot at setting the pool record on Thursday.

“We are hoping to get it, but it’s a dual meet so I don’t know how good our chances are,” Kelly said.

Austin has qualified for the True Team state meet.

Trey Myers swims in the breaststroke portion of the 200-yard medley relay for Austin in the Section 1A True Team Meet in Ellis Middle School Tuesday. Rocky Hulne/sports@austindailyherald.com 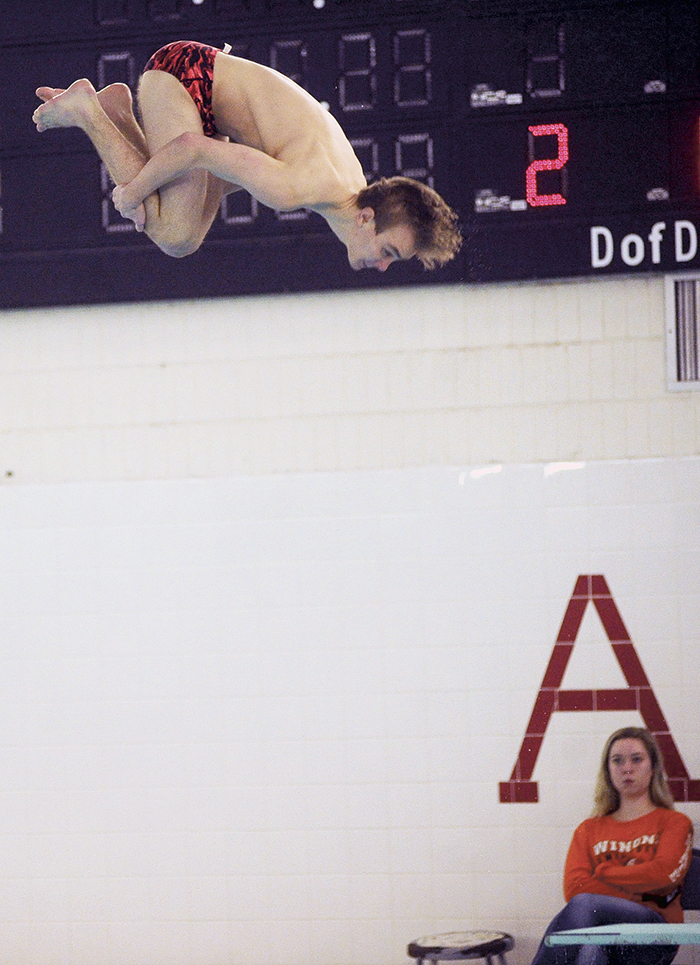 The Riverland Community College men’s basketball team put up 60 points in the second half as it ran past Minnesota... read more