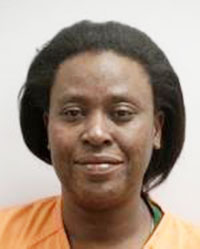 According to the court complaint, an officer was dispatched at about 6:11 p.m. on Monday to the Burger King in Austin regarding an assault.

The officer made contact with a 17-year-old female who said Grigsby had assaulted her after an argument over the victim’s “attitude.”

The victim said Grigsby had been drinking excessively over the weekend and that the alleged assault occurred in her bedroom. She said Grigsby confronted her and pushed her toward a wall and a window. She then said she pushed Grigsby onto the bed. She reported that Grigsby punched her in the face several times and pulled her earrings and “ear buds” out of her ears.

She said that a male at the residence prevented her from leaving the bedroom during the assault.

The officer observed the victim’s right eye was nearly swollen shut and the white of her eyeball had ruptured blood vessels. The officer transported the victim to Mayo Clinic Health System-Austin, where her injuries (subconjunctival hemorrhage and orbit contusion) were classified as “substantial bodily harm.”

Police went to Grigsby’s residence in the 900 block of Sixth Street Northwest and made contact with Grigsby and the male. Police found them to be intoxicated and spoke to them individually. Grigsby told police she “got into” the victim’s face and the victim struck her. She also claimed the victim hit her on the right side of her forehead and pulled her hair. She said she hit the victim because the victim kept hitting her, telling police, “I think I only hit her once.” Police saw no signs of injury on Grigsby.

The male at the residence told police the victim “was being very disrespectful” and “grabbed” Grigsby. He said Grigsby “had to defend herself” and that Grigsby hit the victim after the victim hit her.

According to the court complaint, an officer met with a woman at 8:57 p.m. on Monday at the Mower County Law Enforcement Center regarding an assault. The woman was crying and reported Ball assaulted her. 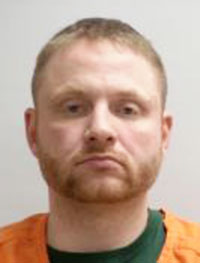 She said she and Ball had argued because she called one of his friends a “meth head.” She went to Ball’s residence in the 200 block of Fourth Street Southwest at 8:30 p.m. and he told her to leave. She said she would leave when they were done talking and he paid her the $20 he owed her. She alleged he grabbed her by the hair and began dragging her towards the stairs. She told him to stop and that she would leave, but he pushed her against a wall and held her there. She said he would not let go of her neck and held her there for 20 to 30 seconds, but released her when “he was startled by his dog or the sound of her cell phone falling on the floor.”

The victim said she pleaded with Ball to let her go and that he made her swear she would not call the police. She got her phone and began to leave when Ball told her that if she reported him to the police, he would have her charged with “breaking and entering.”

The victim complained of neck pain and a headache and indicated it was painful to swallow. The officer observed a large bump on the back of the victim’s head, which she said was painful to the touch.

Ball was arrested for domestic assault. While at the Mower County Jail, Ball told police the victim charged into his room uninvited. He said they argued and that she refused to leave his house, at which point he threatened to call police. Ball claimed the victim told him to call the police and indicated she would tell them he hit her before she left the residence. He denied having a physical altercation with the victim and said he wanted her charged with burglary.

Grigsby and Ball will appear in court again on Dec. 23.

Township at odds with city over proposed annexation