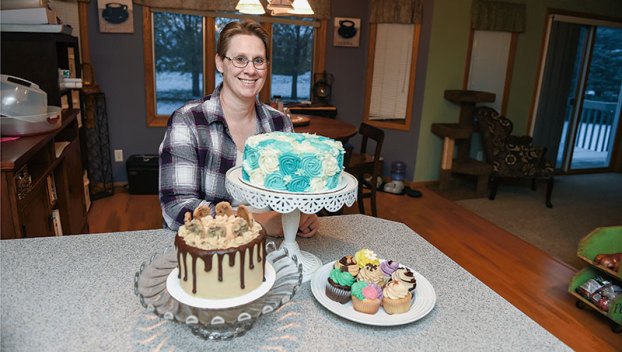 Alison Witiak has taken a childhood love of baking and turned it into a fun at-home business. Photos by Eric Johnson/Austin Living magazine

The Cupcake Queen: Alison Witiak has turned her home kitchen into an at-home bakery that thrives on choice

Walking into Alison Witiak’s kitchen, the clues are everywhere that she’s a baker. They’re too obvious to miss.

In the corner, next to the oven, are three big bags of flour, sugar and powdered sugar.

Witiak is more than a baker; she’s the owner of the at-home business Your Sweet Tooth — a bakery operated out of her kitchen and it has kind of taken off beyond her own thoughts of where it could go.

“I never expected it to be this big in an ‘every weekend you have something’ type of thing,” Witiak said from her family’s dining room table, just across from where her baking supplies were set up. 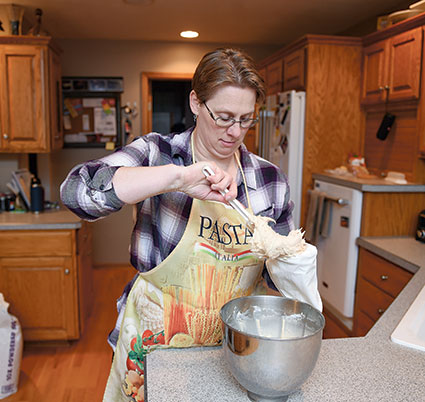 Alison Witiak prepares the filling for a batch of cupcakes in her at-home bakery.

Without a need for much of a push, Witiak’s journey to an at-home business started with her mom, who opened the door to baking when she was a girl. At the time, her mom gave her free rein to delve as far as she wanted.

“I have been baking since I was a kid,” Witiak said. “My mom told me I could bake whatever I wanted and so I kind of took off with it. Cookies, brownies … I didn’t really do much for cupcakes until six or seven years ago.”

When Witiak finally did start baking cupcakes, which is what she sells the most of, it kind of took her by surprise how much opportunity there was, especially after a simple beginning.

“I started looking up cupcake recipes for somebody’s birthday,” Witiak explained. “I was like, ‘wow, there are so many different recipes out there.’ So many more than I would have originally thought. It just took off from there.”

Even though it was initially just for friends and acquaintances, it soon became apparent that there was opportunity for expanding her baking expedition. 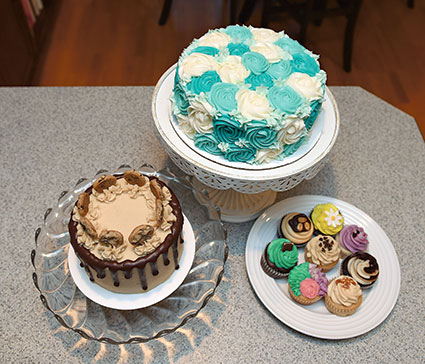 While a good deal of Alison Witiak’s business at Your Sweet Tooth is cupcakes, she does bake a variety of other sweet treats including custom cakes.

This notion was brought to her attention by her husband when the family started seeing more and more cupcakes being baked for them.

“I started making them for the family and my husband was like, ‘You’re making too much. You’re going to make us too fat. You need to do something else,’” Witiak said.

So she turned to a friend who sold items at a farmer’s market.

“I asked her if there was something I could do and she said ‘Absolutely.’”

This side project didn’t produce success the minute she started selling at the farmer’s market. It required time and more than a little bit of patience.

But word of mouth began generating more and more interest in her cupcakes.

“It started a little bit slow, especially since the farmers market up by Shopko had a much older crowd,” Witiak said. “I had given free cupcakes to my husband’s work. I had taken it to a few different places around town.”

Thanks to those efforts, the demand for her cupcakes began to grow. 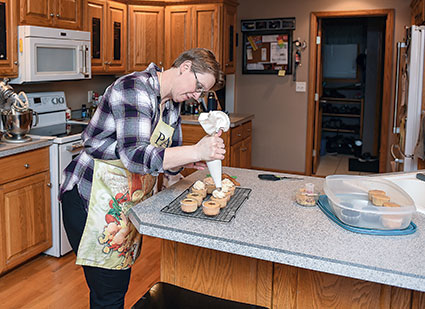 Alison Witiak’s kitchen is her bakery as she prepares delictables for Your Sweet Tooth.

While she might be known more for her cupcakes, it wasn’t her first venture into selling goodies. It’s just her official foray.

The first taste of the business came with cookies. Even though she said cupcakes are more fun, the cookies came along at the right time. It served as a jumping off point in a lot of ways.

“I was at work and it was a really rough year for everybody and I loved making Christmas cookies for presents,” Witiak said. “I said, ‘I’m going to offer them for sale,’ thinking that maybe I would sell 20 dozen. It was 159 dozen …”

That was a number Witiak said she was ill prepared to deal with, so once again, it was her husband who came along for the ride to help.

“My poor husband. We were up so late baking on some nights to deliver these cookies for Christmas, because it went right up to the end,” she said. “Everybody needed cookies but didn’t have the time. That was in December.”

That’s when the cupcakes took over. 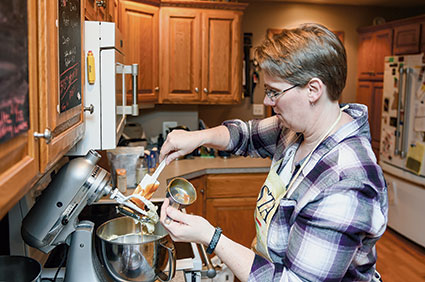 Alison Witiak mixes together some fresh frosting for her cupcakes.

As much time as Witiak spends baking cupcakes, along with cookies and cakes, it isn’t something that stands alone in her life.

She must spend her time baking after her job as a paraprofessional at IJ Holton Intermediate School. A full day at the school translates into an afternoon of baking when she gets home. That’s a challenge in and of itself.

“There are days I don’t want to,” she admitted. “I do enjoy it. It’s kind of relaxing for me most days. I know the people that get the treats really enjoy it. That keeps me going and every time I get a new project I get really excited.”

Witiak said she’s probably pushing around 150 different flavors available for buyers, and there are about 20-30 flavors that she makes more than the rest.

That variety is what helps Witiak stay busy. 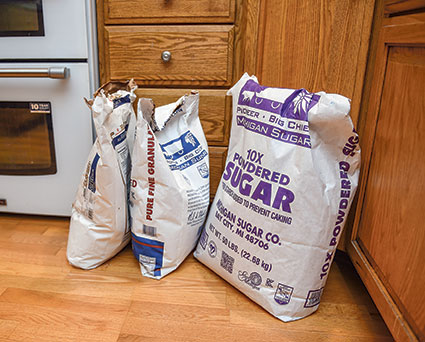 In a lot of ways, Alison Witiak’s kitchen looks like bakery with large bags of flour and sugar waiting near the oven.

“I think the fact I offer so many flavors helps,” she said. “Because you go to the store and you have your choice of five or six flavors. You come to me and you can get just about anything. I’ve made cupcakes with bacon before. I can use just about any ingredient the cottage laws will let me.”

Cottage laws set the standards Witiak has to go by in order to run the business out of her home. It involves taking a food safety class and requires that she lists all the ingredients, as well as the ingredients of those ingredients.

Witiak has toyed with the idea of opening her own bakery, but with one child still in high school, it remains an idea for now.

“I think it would be fantastic to actually open up a bakery, but that’s a few years yet,” she said. “We’ll see how it goes, but I love it. I really do love this.” 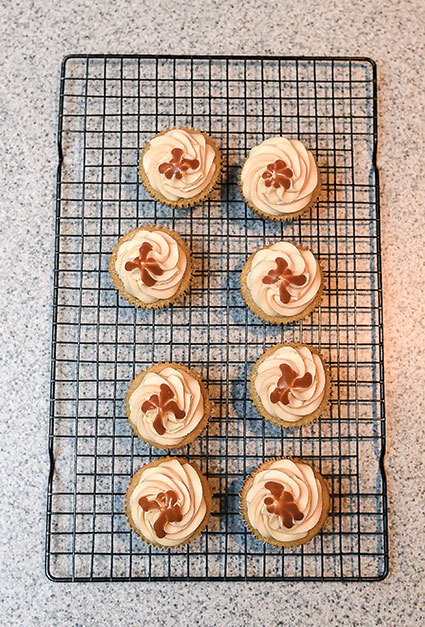 Cupcakes are ready for sale.

Hormel Historic Home: How sweet it is

A Christmas card from Mr. and Mrs. George A. Hormel. Photo provided Like many of you, I’ve been to a... read more