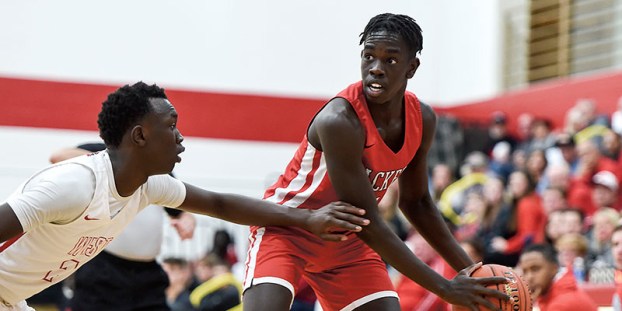 Okey Okey against Mankato West’s Buom Jack on the wing during the first half this season. Herald File Photo

Shutting doors: Packers shut down Scarlets in the second half

The Austin boys basketball team recovered from a second half hiccup Friday night by slamming the door on Mankato West in a 67-46 win over the Scarlets in Packer Gym.

West (0-4 overall, 0-3 Big Nine) had trimmed a 12-point Austin lead to just 46-44 after Martez Redeaux connected on a three-pointer, but the Packers responded with their most effective 10-minute stretch of the season. The Packers clamped down on defense and outscored the Scarlets 21-2 over the final 10 minutes of the game.

Austin closed the run with the long ball as Agwa Nywesh hurried back-to-back threes to make it a 60-45 Packer lead with 3:43 left in the game. Nywesh finished with nine points, seven rebounds, five assists and six steals for an Austin team that is still looking to find it’s outside shot.

“Right now I feel like we’re just having a shooting slump. With the inside game, if we get into a better shooting habit, we’re going to be a way better team,” Nywesh said. “(The younger guys) still have a lot of growing to do, but they’re catching on really fast and they’re getting the defense and the offense. By the end of the season when it’s crunch time, we’re going to be ready.” 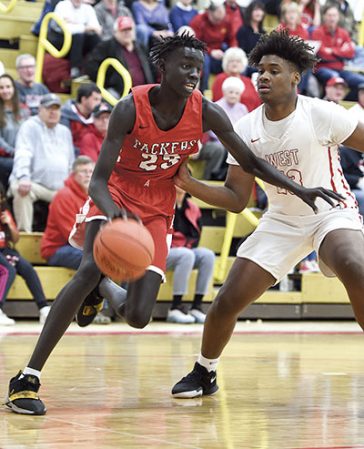 Teyghan Hovland controlled the paint on the offensive end for the Packers as he put up 21 points on a variety of post moves against a big and physical Scarlet front line.

“I think compared to last year, we have better post play and that’s carrying over,” Hovland said. “Once we hit that one game where everything is falling, we’ll be on a roll from there.”

Austin (3-1 overall, 3-1 Big Nine) never trailed, but it still struggled with ball control as it finished with 17 turnovers, while forcing 24 turnovers. 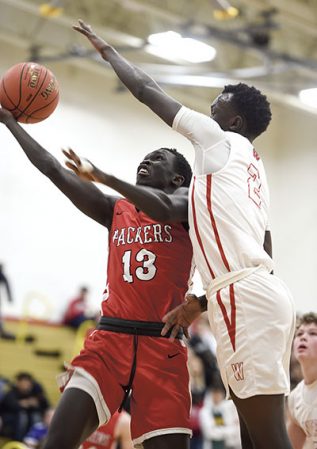 “We had a bad stretch, but I thought the second half was much better. We got carried away with some of the high-light stuff and we’ve just go to play better basketball,” Austin head coach Kris Fadness said. “Turnovers are still a problem and we’ve got to find a way to not turn the ball over.“

Fadness liked the way his front line held up against the Scarlets.

“That’s a physical, athletic team. They’re young and they’ve got some bodies. I thought West did a nice job of getting to the boards,” Fadness said. “I’m happy with the way our guys finished the game. I thought Agwa showed up in the second halftime and he showed a little bit more leadership and Teyghan was really good throughout the game.” 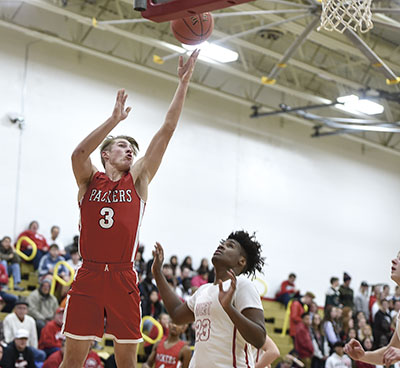 Austin’s Teyghan Hovland with a lay-in during the first half against Mankato West Friday night in Packer Gym. Eric Johnson/photodesk@austindailyherald.com 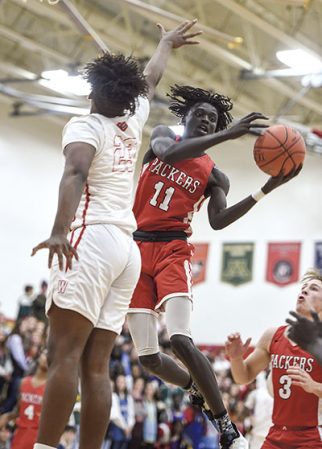 Agwa Nywesh floats through the lane, looking to dump off against Mankato West Friday night in Packer gym. Eric Johnson/photodessk@austindailyherald.com