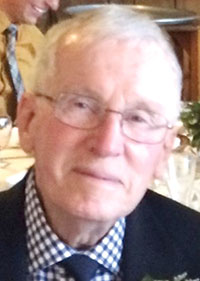 In 1955, Richard graduated from Trine University in Angola, Indiana, with a Bachelors of Science in civil engineering. After working with the Wabash Railroad from 1955-57, he moved to Austin, Minnesota, where he served as both assistant city engineer and city engineer for 35 years until his retirement in 1992. Richard served as president of the Austin Swim Club for several years and was also a member of the Mower County Soil Conservation Board. As a licensed professional engineer, Richard served on many city and State of Minnesota boards.

Per Richard’s request, a private family service will be held at a later date. Visitation will be held from 4-6 p.m., with a 6 p.m. rosary, on Sunday, Dec. 29, 2019, at Mayer Funeral Home. Condolences may be left online at www.mayerfh.com.