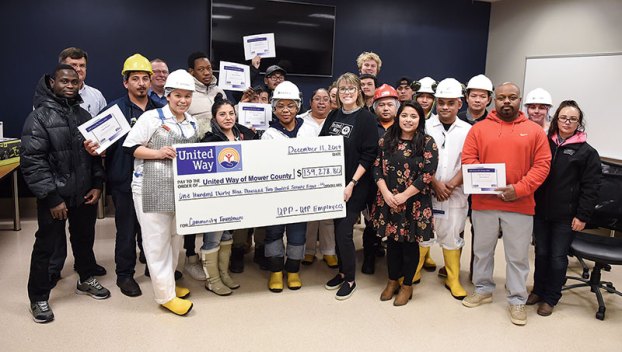 The 2019 Quality Pork Processors fundraising drive is over and employees have raised $139,000 for the United Way of Mower County.

The funds will be used for local programs relating to education, financial stability, health and other needs.

A joint press release by the United Way and QPP said the United Way of Mower County uses its resources to focus on these four areas because they are fundamental to well-balanced lives.

According to the press release, this work brings people together, promotes positive lifestyle choices and strengthens the community. 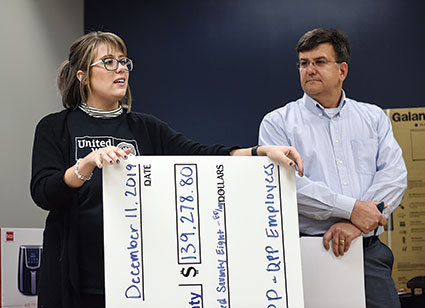 “We’re sincerely grateful for QPP’s continued commitment to strengthening Mower County. This year’s effort shows employees truly understand the value United Way supported programs bring to our community. We also commend QPP’s management and campaign volunteers for coordinating such efficient fundraising drives year after year. On behalf of all whose lives will be changed by this generous gift, thank you,” she said in a press release.

“Over a five-year period, QPP employees have pledged over $639,000 to help the Mower County community. This is only possible by having employees who are dedicated to being active in the betterment of other people’s lives,” Berglund said. 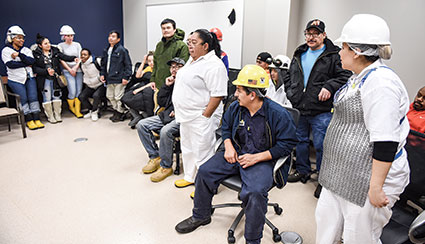 Solicitors in Quality Pork Processors were recognized during an employee celebration highlighting a donation of over $139,000 to The United Way of Mower County Wednesday. The solicitors did the ground work of bringing in the donations at QPP.

At an event Wednesday, some of the employees who donated or organized donations from their colleagues were recognized after having their names drawn for prizes donated by QPP and the union.

Lanke thanked the employees for their work and said QPP runs a very good campaign.

Plant Manager Claude Pulliam said the employees did a great job raising money for a worthy cause.

“This is probably the best we’ve done in at least a couple years,” he said. “Being on the United Way Board for several years I know what it goes through and what they do to help the community.”

More information about the United Way of Mower County can be found at www.uwmower.org.