LeAnn Ettinger’s impact on Aspire Austin to be lasting

In 2011, a group of community leaders convened with one focus — to improve the quality of life in Austin by 2020. Hundreds of volunteers came together, inspired by the successes of other communities. LeeAnn Ettinger was one of those volunteers; however, the role she played made her more than just one of many. It made her unique in that she not only played a key role in the creation and launch of Austin Aspires, she became an active board member to ensure success from the start. On the eve of 2020, her consecutive terms as a board member will be complete. 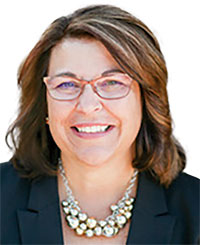 As Jennifer Lawhead, the first Executive Director of Austin Aspires, reflected on the role Ettinger had in the organization, she said, “I don’t think anything would have happened with this work without her passion for the project, educational prowess and care for the education of young people in our community. She cares deeply about this work and was so actively engaged that she was a gift to our organization.”

For many of the years as an Austin Aspires’ board member, Ettinger served in the role of President of the Board. During this time, Austin Aspires was able to secure financial support, establish itself as an independent 501c3, become part of the statewide coalition of the Education Partnership Coalition, engage numerous community partners in this work and numerous other things that proved instrumental to successfully launching Austin Aspires in a meaningful way. Ettinger’s commitment is evident in the fibers of Austin Aspires.

The close of December 2019 will mark the completion of Ettinger’s time as an official member of the Austin Aspires’ Board. Although she will no longer play an official role in the organization, her lasting impact will be evident throughout the organization and the work in the community the organization has done. On behalf of Austin Aspires, we want to publicly acknowledge Ettinger for the incredible work she has done on our behalf. We are extremely grateful to Ettinger for the sharing of her time, wisdom and passion for others. Every organization needs a champion as committed to their cause as Ettinger was for us from day one.

Mr. Thad Kusick has been elected to replace Ettinger on the Austin Aspires Board of Directors.