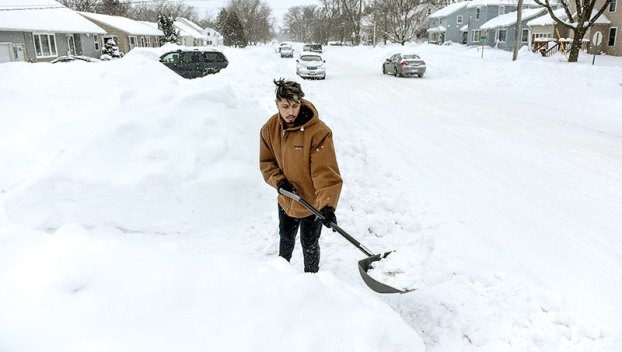 The National Weather Service has placed Mower County under a winter storm warning as it keeps an eye on a system that could bring snow and strong winds to the area late Tuesday and early Wednesday.

According to National Weather Service-La Crosse meteorologist Logan Lee, Mower County is close to the transition zone, where there could be more rain to the south that could limit the amount of snowfall.

“For Austin and Mower County, it’s looking like the potential for six inches or more, but that could shift, so it’s important to stay up to date with the forecast,” Lee said. “We also expect gusty winds with this system, which could result in drifting in open areas and limited visibility.”

Temperatures are expected to be in the lower 30s throughout Tuesday, Lee said. Once the system moves through the area, temperatures are predicted to be as low as the teens on Wednesday and in the upper 20s Thanksgiving Day.

Because Tuesday and Wednesday are heavy travel days for the Thanksgiving holiday, Lee advised that travelers adjust their plans accordingly.

“Motorists should monitor the latest forecast for potential changes,” Lee said. “Adjust your travel plans to better times where there will be less impact from snow or plan on travel taking longer than usual. With snow, it’s important to remember that it does not take a lot to get slick roads, so take it slow. Be prepared and be ready to change your travel plans so you’re not as impacted by the storm.”

Lee added that there is the potential for wintry precipitation into the weekend, but details are limited as it is too early to say.

Austin Police Chief David McKichan advised that residents of Austin be aware in case the city declares a snow emergency. During a snow emergency, residents are required to follow the even/odd parking rule (park on the side of the street with even addresses on even dates and park on the side of the street with odd addresses on odd dates) and are prohibited from parking in the business areas of Austin from 1-8 a.m. Business areas include midtown Austin, Sterling Shopping Center, the East Side business area and the Hormel Plant area.

ANCHORAGE, Alaska — The U.S. research vessel Sikuliaq can break through ice as thick as 2.5 feet (0.76 meters). In... read more