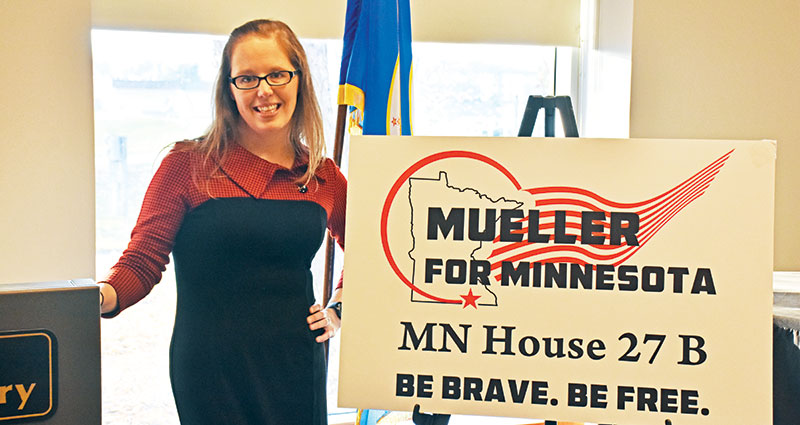 Patricia Mueller announced her candidacy for Minnesota House 27B on Monday. Michael Stoll/mike.stoll@austindailyherald.com

Austin Public Schools teacher Patricia Mueller announced that she would be running for the Minnesota House of Representatives in District 27B on Monday at the Austin Public Library.

Mueller, a Republican, said her decision was based on the division she sees in the political arena and a desire to teach her students to be proactive.

“In order for our democracy to continue, people have to get involved,” she told the Herald. “I have been watching how things have been happening and how there is so much division and I wanted people to have a message of freedom and a message of liberty and know that we are not as divided as we think we are. I wanted my students to see that if you want something to get done, you step up and do it.”

While acknowledging Austin has a strong DFL base, Mueller noted that 27B has a Republican following in the district’s rural areas. 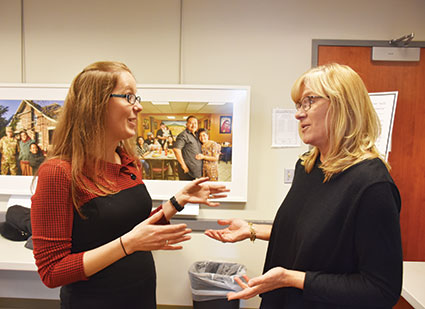 “This area voted for Trump in the 2016 election by quite a wide margin,” she said. “We want more choice, more competition, and we want people to come here and thrive and feel like they aren’t being overburdened with taxes or overregulation.

“Farmers have incredible challenges, whether the weather is working out for them to how the government says it’s going to help them,” she added. “27B has a fantastic community of refugees and immigrants. Many refugees come with their own education, but are unable to find a job in their own field. I want to be able to figure how we can mainstream something that allows them to get a job in 27B with the knowledge they already have.”

The seat for Minnesota House District 27B is currently held by DFL incumbent Rep. Jeanne Poppe, who chairs the Agriculture and Food Finance and Policy Division. Mueller said Poppe has not been in touch with the district’s values.

“(Poppe) has been (in the Legislature) for a while and I know she’s incredibly well liked in 27B and I know a lot of people have supported her for several elections,” she said. “The struggle with this election is we’ve had a new batch of DFLers who are pretty radical, and instead of standing up for the values of 27B, she’s voting for the metro politicians.”