William “Bill” August Bauers was born Aug. 20, 1943, in Twin Lakes, Minnesota. He went to Twin Lakes School from first through eighth grades in a one-room schoolhouse, then ninth through 12th in Albert Lea, graduating in 1961. 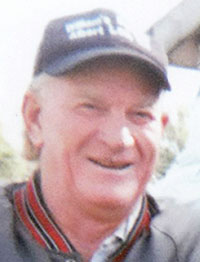 Bill had many hobbies and favorite past times. One favorite of his was being part of the Albert Lea Clown Troupe for 30 years. He loved making people smile and laugh with his incredible personality. Over the years he had many jobs, including Wilsons, Queens Refrigeration, truck driving and ABC seamless. He also took great pride in his job at Fleetgaurd for 18 years, where he was a grounds keeper. He was a hard working man; no matter the job, he put in 110 percent! Bill also loved old cars, trucks, loud pipes, country music and cold beer! In the past few months, Bill worked very hard to get “Old Blue” back on the road. He was so very proud of that truck and loved being able to be in a couple of parades this past summer with his grandkids. Bill also loved going for “tours” and stopping in here and there for a “cold one.” Even if he knew nobody, by the time he left he would’ve made a friend or two. Bill loved with his whole heart. If you were his family or friend, he would give you the shirt off his back if he had to. His biggest loves were his wife, daughters, and their families. Boy did he love his grandchildren!

Bill, Willy, Wileheimina, Billy, Wilhelm, Uncle Bill, Wild Bill, Brother Bill, Uncle Pewy, but his best names were Hubby, Dad, Father-in-law, and one favorite, Papa Bill. No matter the name you knew him by, he loved everyone. Bill always had a smile on his face and always had a joke or two to tell. Bill has touched so many lives in so many ways. He will be missed by so many in so many ways, and as he would say, “That’s it don’t cha know by golly!”

Funeral services will be held at 11 a.m. on Friday, Oct. 18, 2019, at Bayview/Freeborn Funeral Home with Pastor Kent Otterman officiating. Visitation will be from 4-7 p.m. on Thursday, Oct. 17, 2019, at Bayview/Freeborn Funeral Home and one hour prior to the service on Friday at the funeral home. Interment will be at Lunder Lutheran Cemetery. Online condolences are welcome at www.bayviewfuneral.com.

Evelyn Mae Burtch, 95, of Austin, Minnesota, passed away peacefully while the Bible was being read to her on Friday,... read more