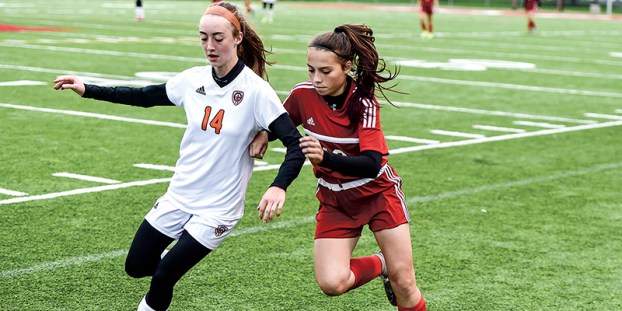 The No. 8 seeded Austin girls soccer team didn’t waste any time showing it was ready for the postseason as it opened the Section 1A Tournament with a 2-0 win over No. 9 St. Charles (6-8-4 overall) in Art Hass Stadium Thursday.

Hope Dudycha broke the St. Charles defense and found Eliana Bentley for a goal just two minutes into the game to make it 1-0 and then Dudycha gave Austin a 2-0 lead when she scored on a breakaway just a few minutes into the second half. 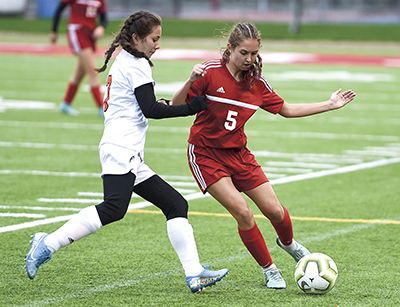 “We can’t get comfortable with a 1-0 lead, because anything can happen,” Dudycha said. “You have to keep attacking.”

The Packers had lost four straight games by a combined score of 12-1 before Thursday’s game, but Austin’s nine seniors found plenty of motivation to keep their season alive. Robin Weaver, a senior keeper, made six stops in net as she scored a shutout.

“When you score a goal early like that, you get a little energy boost. I think it helped us continue to fight for the rest of the game,” Weaver said. “This one meant a lot. I love every single person on our team and I’ve been playing with some of these girls for a really long time. We’ve become a family together and we do everything together. We win together, we lose together, we fight together.” 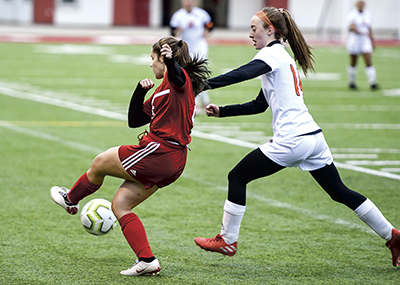 Austin’s Olivia Shapinsky moves the ball ahead of pressure brought by St. Charles’ Antonia Smith during the first half of a Section 1A Tournament match-up Thursday night at Art Hass Stadium Thursday night. Eric Johnson/photodesk@austindailyherald.com

Austin never let up on the attack as it stayed aggressive and finished with 12 shots on goal.

“All year, we’ve focused on taking it one day at a time. Every day we’ve pushed ourselves to get better and whatever you throw at us, we’re ready for it,” Austin head coach Jake Levisen said. “We have a special group of seniors. They’re leadership and guidance to all around them is remarkable. Words can’t describe the impact that they’ve had on each other, and the program as a whole.”

Austin will play at No. 1 Winona Cotter (15-0 overall) at noon on Saturday. The Ramblers have outscored their opponents by a score of 73-4 on the season.

“Winona Cotter is the one seed, but that’s just a name and it’s just a seed,” Weaver said. “If we come out and give it our all for 80 minutes, then we’re confident that we can win.” 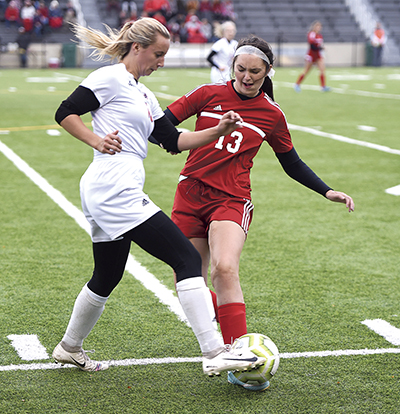 Austin’s Carly Snee steps up on the ball during the first half against St. Charles in the Section 1A Tournament at Art Hass Stadium Thursday night. Eric Johnson/photodesk@austindailyherald.com

Hulne: Packer tennis team has excelled in the classroom

The Austin girls tennis team had a big celebration when it scored its first win in two years earlier this... read more