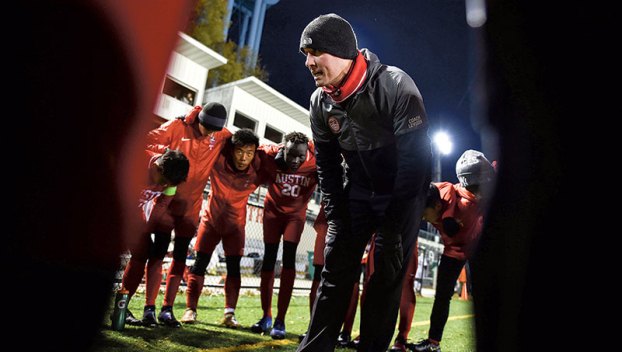 Austin head coach Jens Levison gets his team ready before its match-up against Bryon Tuesday night in the Section 1A semifinals at Art Hass Stadium. The Packers defeated the Bears to advance to the section title game Thursday night. Photos by Eric Johnson/photodesk@austindailyherald.com

On Target: Packers soccer advances to 1A semifinals

For more on the Packers win:  Just like old times: Packers advance to fifth straight Section 1A title game

The top-seeded Austin boys soccer team seized the moment early as it wore down No. 4 Byron in an 8-1 win in the Section 1A semifinals in Art Hass Stadium Tuesday.

Seven different players scored for the Packers, who led 2-0 at halftime. Austin put the game away when it scored four goals in the final 27 minutes of the contest.

“The biggest thing is we’ve told the guys that every game is a new game and we’ve got to show up and play our game every time,” Austin head coach Jens Levisen said. “There was a little added aspect with this being the last game for this group on this field and they wanted to show up and play their game.”

The Packers will be seeking their third straight state berth and fourth in school history when they play Rochester Lourdes in the Section 1A title game at 5 p.m. in Winona on Thursday. 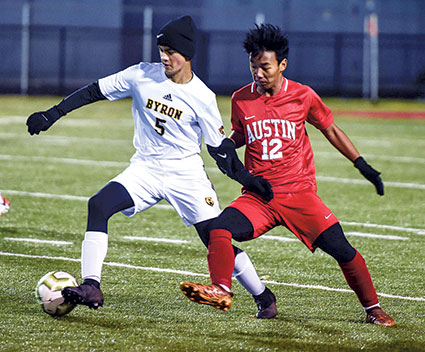 Panthers take down Packers in four