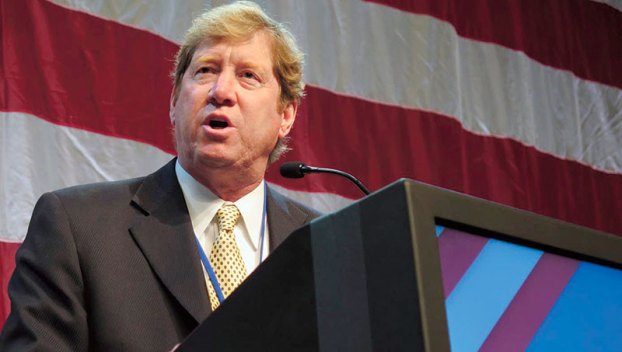 Let’s be clear, the Obama-Franken/Smith record is an abject economic failure: growth below two percent, massive tax increases (with a doubling of the debt), skyrocketing health care, tuition and student loan balances coupled with a radical environmental agenda that threatened to strangle farmers as well as energy supplies. Tina Smith could argue that she was just an “accidental senator” who inherited much of this dismal legacy, but instead she attempts to rewrite it while continuing her criticism of the Tax Cut & Jobs Act (Austin Daily Herald: Tina Smith: “Push for a tax change to keep rural communities thriving”).

Thanks to tax and regulatory reform, which I helped push through in the House when Congress actually did more than obstruct and launch politically-motivated “investigations,” economic growth has returned in a big way and along with it, jobs and wages. The Census Bureau reports that employment gains have been most pronounced among female-led households and the African American unemployment rate is now at historic lows. Moreover, real median household income just hit a record high in July and has risen over $4,000 under the Trump administration.

Why, just this morning we learned that the U.S. economy added 136,000 jobs in September, and unemployment dropped to a 50-year low of 3.5 percent!

Given the success of the Tax Cut & Jobs Act, it’s no wonder Smith wants to discredit it before the typical middle-income Minnesota family realizes she’s in favor of taking away $3,154.00 worth of tax relief. But that’s not all. Smith’s advocacy for repealing the Tax Cut & Jobs Act would also result in all middle-class brackets going up, cutting the child care credit in half, along with the elimination of the new tax credit for businesses who provide paid family leave. The punitive AMT would be restored and the ‘qualified business income’ deduction for smaller pass-through mom and pops would be gone.

It’s hard to see how that helps rural Minnesota.

Smith talks about the need for rural broadband but fails to mention that she and her colleagues have been pushing for more price controls and taxes on the very Internet Service Providers who are connecting the broadband ‘pipe’ across greater Minnesota. But these onerous Obama-era rules re-regulating the internet haven’t been the only ones thankfully rolled back during my time in Congress.

As important as tax reform was, freeing the economy from the Obama-era regulatory bender of some 600 “major” (having an economic effect of $100 million or more) rules was what really jump started growth. By the end of 2016, there were over 95,000 pages in the Federal Register — the most since 1936, according to the Competitive Enterprise Institute. Even after the election on Nov. 9, 2016, the Obama administration released another 145 regulations, costing more than $16 billion. The total compliance burden was the economic equivalent of the federal income tax costing Americans roughly $15,000 per household.

That’s why in the first 100 days of the 115th Congress we passed (and the President signed) a record 14 Congressional Review Act (CRA) resolutions successfully overturning these costly federal mandates — immediately saving at least $3.7 billion dollars and 4.2 million hours filling out federal paperwork. In Minnesota and across the country, this meant a resurgence in mining, logging and manufacturing jobs resulting in the US becoming a net energy exporter for the first time in 75 years. Contrast that with Smith’s support for a $93 trillion “carbon tax” known as the “Green New Deal” seeking to retrofit every building in America and all of a sudden the infamous “bridge to nowhere” starts to look like a bargain.

After $25 million, 500 subpoenas and a million-and-a-half documents found no evidence of Trump/Russian collusion, Smith and the Democrats are back at it again, trying desperately to start a full blown impeachment crisis in the middle of an economic expansion. America is quickly discovering that elections really do have consequences because the circus we are now witnessing in Washington is a direct result of the ‘blue wave’ in the midterms. This chaos and do-nothing Congress is precisely what I had warned against in 2018. If the socialist ‘resistance’ gains even more power in 2020 I fear your tax relief won’t be the only thing that falls by the wayside–this time it could be your country and your freedoms.

Jason Lewis served Minnesota’s 2nd Congressional District in the 115th Congress and is a Republican candidate for the US Senate in 2020.

Star Tribune Distributed by Tribune Content Agency, LLC. Somewhere in your school, or your child’s school, there may be a... read more