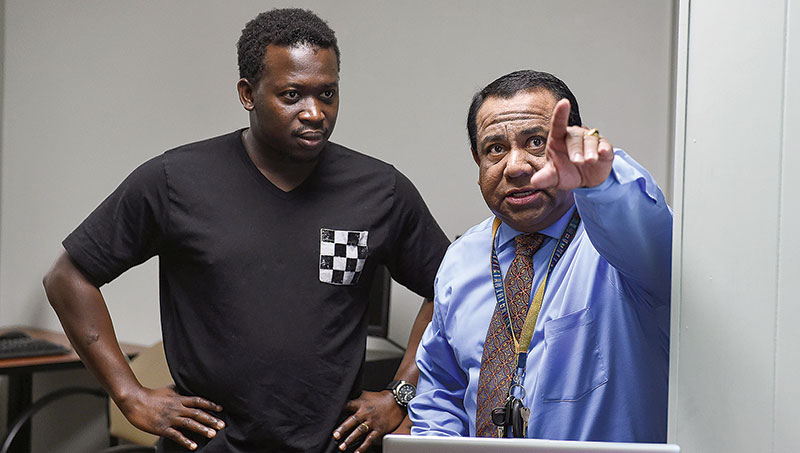 This is the first of two stories, looking at how workshops by CLUES is reaching out to those of diverse backgrounds.

Almost more than a year since first opening its doors, CLUES has been reaching out to the Austin community and beyond to connect individuals with resources and each other.

CLUES — Comunidades Latinas Unidas en Servicio in Spanish — is a nonprofit organization and resource that was founded in 1981 with the purpose of helping Latinos gain access to different programs, services and connect with other individuals and families within the community for resources, skills, institutions and systems while creating an environment for people to be engaged and empowered.

Since the Austin, branch office opened downstairs at 110, Main St. N last year, Career Development Navigator and Community Liaison Jose Rivera has been busy. He believes that there were more than 1,000 people who have been served by the nonprofit.

The high number of people visiting to take advantage of the free workshops and resources caught staff off guard.

“I was so shocked,” Rivera mused. “People find out through word of mouth and even bring their friends to come to these workshops.”

Attendance for the workshops often reaches more than 70 people, and sometimes they have to spill out into the hallways in order to accommodate the large amount of people who come. For Wednesday’s workshop, there were only about 15 people who came by to take part in a session on wellness. 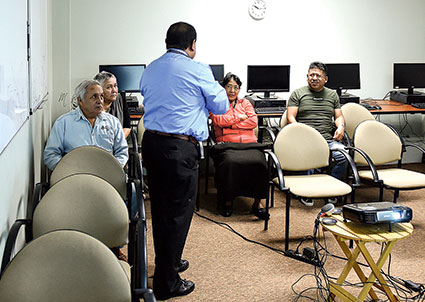 Since CLUES only has an office in Austin that services southeast Minnesota, some are willing to make the trip if it means getting in touch with potential friendships through the workshops. Maríam De León, 59, of Dodge Center, is one of those who commutes. Wednesday was her third workshop, and the resources that were provided during those sessions were invaluable.

“Rain or snow, if the roads are clear then I’ll be here,” De León chortled. “I want to improve my health. For those in their 50s, this would be beneficial to them. I learn about diets with fruits and vegetables and I’m getting more active. They teach us what’s better for our bodies, and we save money, too.”

Sometimes, CLUES has workshops focusing on finances where advisors come and consult with individuals who want to learn more about how to obtain a mortgage and buy a house, or they can get help on how to pay taxes and learn what forms are appropriate to fill out.

Other times, the attendees could be meeting with immigration lawyers who can help them step-by-step in starting the citizenship process and learning what is needed in order to become a legal citizen. Each workshop has the capability of filling in gaps of missing information that individuals need in order to succeed.

“There’s not a lot of places like CLUES,” Rivera said. “It’s completely free, and they’re getting access to services where they’re learning how to build credit and helping them get employment at different places like Hy-Vee and Hormel Foods. They’re able to ask questions to lawyers and not have to worry about paying. It’s free. Although we help the Latino community, we are willing to help anyone regardless of background. We want to help immigrants, refugees and help them build a stronger community and be successful.”

Being a part of CLUES also helps individuals and families be healthy, prosperous and engaged within their communities. Rivera knows this transitional challenge well. After immigrating from Honduras, Rivera depended on others who gave him the necessary information in order to succeed.

He worked a full-time job at U.S. Bank for a year before being approached by the CLUES headquarters in the Twin Cities as part of the organization’s efforts to lead a new branch office in Austin. Prior to that, he was a success coach for Austin Public Schools.

Without a community to support him in that transition, Rivera wasn’t sure he’d be able to be as successful and knows it can be an isolating experience if there’s no other way to get the information needed to survive.

“We are focused on uniting our communities,” he said. “We are looking to unite and be stronger together.”