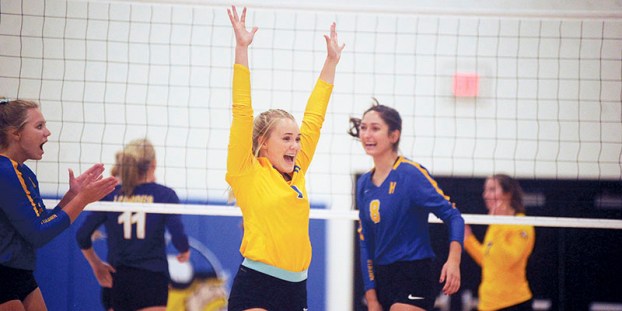 Young serves until 12: Hayfield junior opens with a run in four-game win over Lourdes

HAYFIELD — Hayfield senior junior Maryx Young started the night off in the zone at the service line and the Vikings followed suit as they beat Rochester Lourdes by scores of 25-9, 26-24, 18-25, 25-8 Monday night.

Young, who had 32 set assists, served the first 12 points of the match to give Hayfield a 12-0 lead in the first game.

“Our serve receive was getting better, and our hitting was going well,” Young said. “It was a good rally overall. I’ve never really had a run like that, but it was fun.” 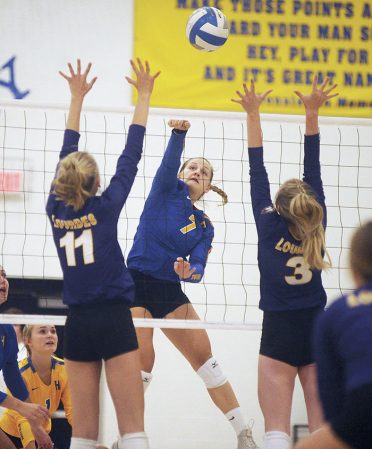 Hayfield (6-3 overall) had to sweat it out much more in the second game as Gigi Galdamez tallied back-to-back kills to give the Vikings a 24-22 lead. The Eagles tied the game at 24-24, but Hayfield survived after a bad serve and a side out by Lourdes.

Hayfield senior Rachel Pack, who had nine kills, said the Vikings were able to keep their cool by staying upbeat.

Lourdes led throughout the third game, but Hayfield took a commanding 16-5 lead in the final game.

“We told ourselves that this is our game, our court and we run things here. We needed to get it done and put it away,” Young said.

Hayfield showed that it can convert its offense when it is clicking, but the Vikings will have to stay more consistent on serve receive in order to stay competitive. 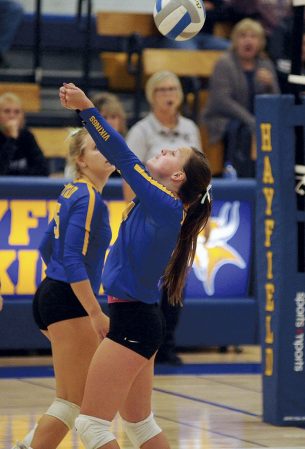 The Vikings. who will play at Byron at 7:15 p.m. Thursday, went 3-1 overall at their weekend tournament in Hayfield, topping LeRoy-Ostrander, Dover-Eyota and Alden-Conger. Hayfield lost its final match of the day to Goodhue. 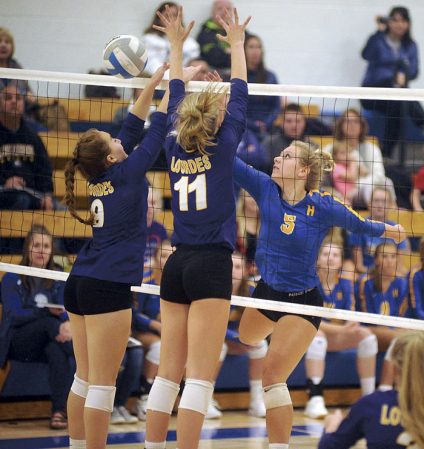 The Austin girls tennis team dropped a close match by a score of 4-3 to United South Central on the... read more