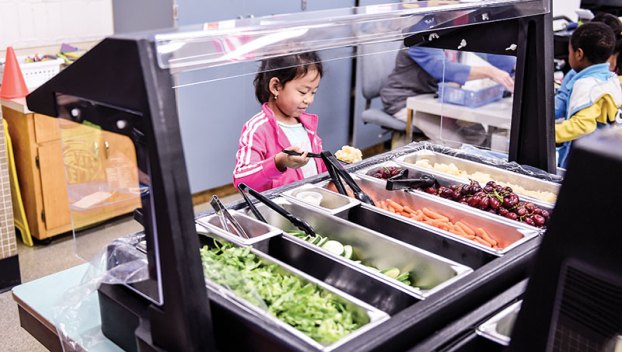 Sumner Elementary received the Bronze Award from the Alliance for a Healthier Generation for being one of the healthiest schools in the country. Herald file photo

Sumner Elementary School named one of the healthiest schools in U.S. for third year in a row

Sumner Elementary School was once again named one of the healthiest schools in the country for the third year in a row.

Chosen by Alliance for a Healthier Generation (AHG), Sumner is the only Minnesota school this year to earn the recognition. The school has dedicated itself to improving student and staff health through initiatives such as increasing water consumption and eliminating candy-based rewards, according to a previous story.

AHG is one of the country’s preeminent children’s health organizations. It chose 355 schools from 23 states to receive the designation as “America’s Healthiest Schools.” Within that group, 77 percent are Title I schools that serve high-need student populations. Schools receive an award at the bronze, silver or gold level based on the number of best-practices they implemented relating to children’s health.

This year, Sumner received the Bronze Award, and for the school to be designated as one of America’s Healthiest Schools, they needed to meet the following criteria:

Last year, Sumner was awarded the Silver Award. It also won the Bronze Award in 2017.

“We are thrilled to see another strong showing of dedicated schools that are taking steps to create healthier school environments that support children’s physical, social and emotional health,” said Kathy Higgins, chief executive officer of AHG. ”We are blown away by the number of schools, especially those serving youth from underserved communities, that doubled down on their commitment to health and academic success. This year’s list is a continued testament to the nationwide movement for improving the social, emotional and physical health of current and future generations.”