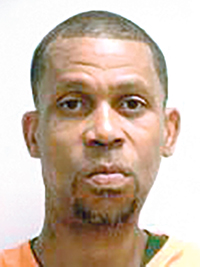 Court documents state that narcotics detectives met with a confidential reliable informant (CRI) on Oct. 16, 2018, about purchasing heroin from Polk. The CRI was searched and provided with buy money and an audio transmitter. He was then monitored as he met Polk near the Freedom Valu gas station, within one block of Austin High School, where Polk sold him heroin. The CRI then met with police at a predetermined location and surrendered 1.35 grams of heroin. He confirmed that Polk sold him the drugs.

On Oct. 19, police executed a search warrant on Polk’s residence in the 600 block of Second Avenue Southwest. They seized approximately 2.25 grams of heroin and 25 grams of marijuana from the trunk of Polk’s vehicle parked in the backyard.

A review of Polk’s criminal record shows prior convictions for drug possession, assault and violating a domestic assault no contact order. He is currently serving a 20-year probation sentence for a felony third-degree drug conviction.

Polk will be sentenced on Jan. 2.