Man gets 62 months for DWI

Ryan Matthew Vangness, 33, of Canton was sentenced to 62 months in the Minnesota Correctional Facility in St. Cloud, with conditional release after confinement of five years, for felony DWI-operate motor vehicle-body contains any amount of schedule I/II drugs-not marijuana-on Thursday in Mower County District Court. He received credit for 196 days served. 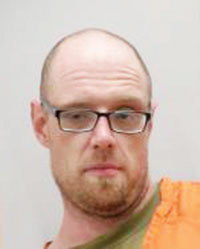 Charges of felony first-degree DWI-under the influence of a controlled substance, gross misdemeanor driving after cancellation-inimical to public safety-and petty misdemeanor possession of drug paraphernalia were dismissed at the sentencing as part of a plea agreement reached on July 19.

Courts documents state that a 2000 Nissan Maxima was spotted in the morning hours of Oct. 29, 2018, parked in the roadway at Mower/Fillmore County Road in Racine Township. The reporting party said the male driver, later identified as Vangness, was unconscious in the driver seat and attempts to wake him were unsuccessful.

Law enforcement made contact with Vangness, who said he had used methamphetamine the previous day. A deputy noted that Vangness’s speech was slow and moderately slurred. He had Vangness perform three field sobriety tests, two of which he failed.

The deputy learned the Nissan was registered to a woman in Dodge County and that Vangness’s license status was revoked. Law enforcement located several used syringes, small plastic bags and a digital scale in the vehicle.

While at the Mower County Jail, Vangness agreed to provide a blood sample, which was then sent to the Bureau of Criminal Apprehension lab for analysis.

It was announced on Friday that Dodge and Olmsted counties are set to receive more than $3 million in state... read more