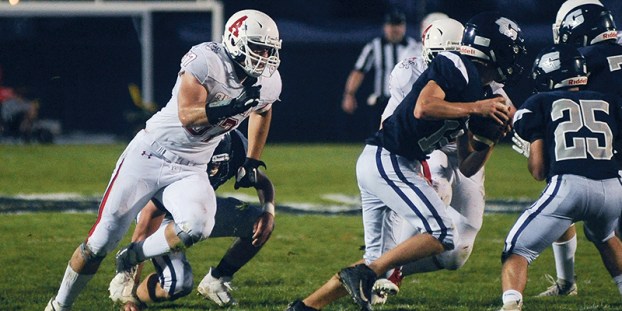 ROCHESTER — A disatrous end to the first half proved dooming for the Austin football team as it lost 42-13 to Rochester Century Friday.

The Packers (2-2 overall) trailed just 7-0 in the second quarter, when the Panthers scored four touchdowns in a five-minute stretch to close the half. Austin turned the ball over twice in that time and allowed a 51-yard TD pass to Jake Fisher that made it 28-0 with 1:02 left in the half. 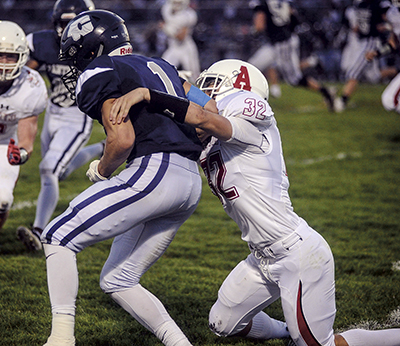 “We made a lot mistakes and it hurt our field position,” Austin head coach Ed Scmitt said. “We weren’t able to battle back after that.”

Austin played the game without any of its regulars at linebacker as the team has been ravaged by injuries. Things got worst when senior Andy Chesak, a running back and linebacker, went down for the night with a first quarter injury.

“We just ran out of guys,” Schmitt said. “In order to keep those guys at linebacker, we didn’t have any other running backs to play.”

Mason Silbaugh finished with three sacks for Austin and Mason O’Connor blocked a punt and ran it back for a score to bring the Packers within 35-7 early in the third quarter.

The Packers are now at the halfway point of their season and they have a chance to grab some momentum down the stretch as three of their four games are at home. Austin will host Winona for its Homecoming game at 7 p.m. on Sept. 27.

The Packers are hoping to get healthy for next week.

“I told the guys that they’ve got to take care of themselves and make sure they’re icing,” Schmitt said. “The trainer’s going to busy.” 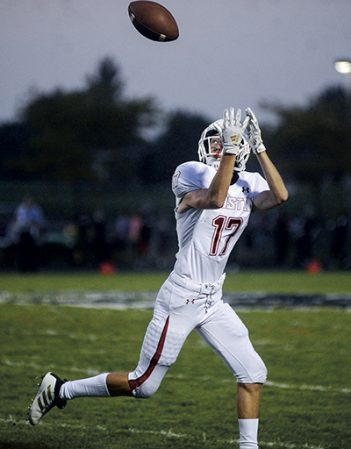 The Southeast Minnesota Regional Medical Examiner’s office is working to determine the identity and cause of death of human remains... read more