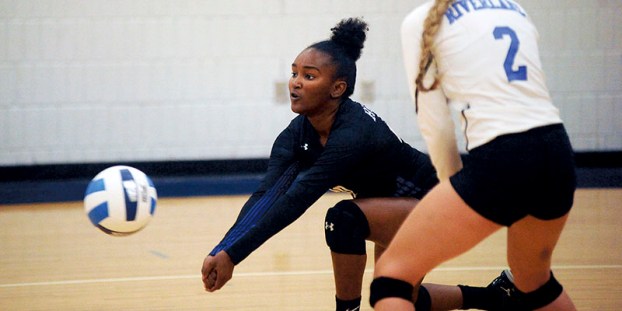 It wasn’t ideal for the Riverland Community College volleyball team to open the season up against an unbeaten opponent, but that’s the hand the Blue Devils were dealt.

The Blue Devils (0-1 overall) were playing under first year head coach Ashley Lau and the team has had just two practices together with its full squad as Lau has had to reach out to players already on campus to build her team. 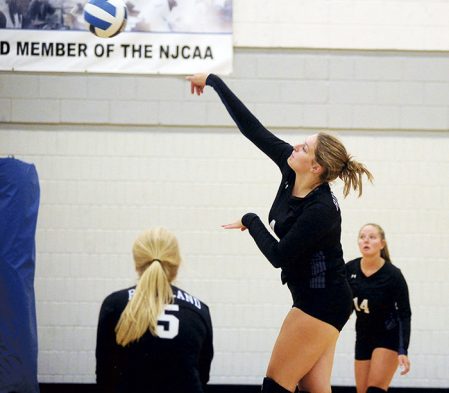 “We’ve just been trying to recruit around the area and we’ve gotten some players who were already playing here for other sports,” Lau said. “Some of them have a lot of experience and some have very little. We’ve been working on building skill with them.”

Lau, a Glenville-Emmons grad, is a former RCC player and she also has experience as an assistant coach for the Blue Devils. She’s excited to be back in RCC as she tries to build the program up.

“It’s starting to feel normal, just like when I was here as an assistant five years ago,” Lau said. “I just really wanted to get this program back up and running.”

After struggling to return a serve in the first game, the Blue Devils held a brief 5-4 lead in the second game after Megan Shanahan put down a kill. The Bluejays scored the next 13 points to go up 17-5, but RCC was able to rally back within 17-8 after Anna Carmady served an ace.

Lau is hoping her team continues to improve throughout the season, like it did on Wednesday.

“I think we were all a little nervous in the first game. It was great to get everybody out there and they started getting more comfortable,” Lau said. “In the second and third games, we played much more aggressive and less timid. I think we improved every game that we played and every ball that we played was improvement. We’re just going up from here.” 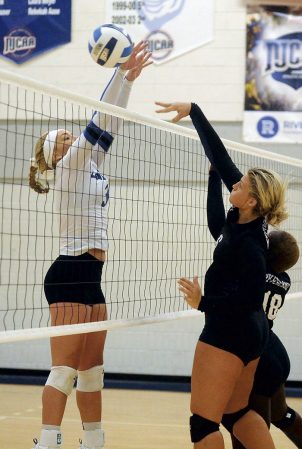 Last season, the Austin girls soccer team could play some serious defense, but it was struggling to score goals and... read more