Betty Marie Fredrickson, 89, passed away peacefully on Thursday, Aug. 15, 2019, while living at the home of her niece, Karlin and Jim Franks, in Osseo, Wisconsin. 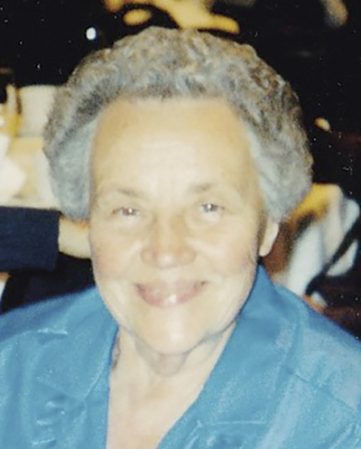 Betty was born Nov. 3, 1929, in Austin, Minnesota, to Glenn and Gertrude Hose. She grew up spending her entire childhood in Austin. She was the oldest of four children. She graduated from Austin High School and was a member of the Austin United Methodist Church. She graduated form the University of Minnesota with a degree in mechanical drafting. She was a pioneer as a woman in her field, working for John Deere, Blaw-Knox, and Mora Industries. On Sept. 12, 1954, she was united in marriage to Earl D. Fredrickson in Austin. The marriage created a beautiful life together. They made Mora, Minnesota, their home, enjoying its Swedish heritage. They built two houses while in Mora, one being the octagon house Betty designed. They enjoyed traveling the world over, especially Europe on their Vespa scooter. They loved learning all they could about people and places. Together, their kind souls befriended and helped so many.

Betty opened and ran The Bread and Honey Pantry in Mora, of which she was so proud. It had natural foods for all. She worked as an aide at the school helping children with special needs. Betty was best known for her handyman work. Betty was the one to call if you needed something painted, fixed, shoveled, raked, delivered or picked up. Her entire life was spent working for the good of others. She took care of all as if they were own.  As one friend wrote, “the best thing that ever happened to Mora – The Fredricksons.”

Betty was preceded in death by her husband, Earl; her parents, Glenn and Gert Hose; her sister, Phyllis Averill; and sister-in-law, Janice Hose. She is survived by her brother, Myrvin Hose of Cannon Falls, Minnesota; her sister, Nancy (Jim) Harper of Birmingham, Alabama; brother-in-law, Arland Averill of Sedona, Arizona; sister-in-law, Barbara Dostert of Minneapolis, Minnesota; and several nieces and nephews.

A memorial service to celebrate Betty’s life will be held at 11 a.m. on Saturday, Sept. 21, 2019, at the Mora United Methodist Church with a lunch to follow.